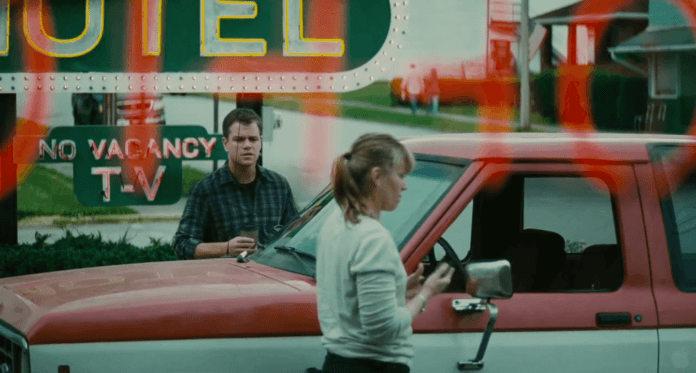 Here’s something that might freak out the natural gas industry.

The new trailer for the Matt Damon movie “Promised Land” has arrived, bringing more attention to the overall anti-fracking movement. The film pits the argued economic benefits of fracking against the environmental concerns of the controversial practice.

Damon co-wrote the screenplay with The Office star, John Krasinski, who also stars in the film. The two play opposing roles in the plot, which focuses on a natural gas company that sets its sights on a small town.

Hydraulic fracturing, also known as fracking, is a relatively new drilling technology that’s revolutionized the energy industry and has caused significant health and environmental concerns. The process has brought massive supplies of fuel to the market. And the technology is now being used to unlock giant oil fields long considered too difficult to tap.

But Ecorazzi reports that for director Gus Van Sant, the story is more about human relationships than anything political.

“Maybe the writers are reacting to modern business practices and current events that they’ve been reading in the last year,” he told the UT San Diego. “But the story is a human story, an American business story.”

There have been reports that the film is being given exclusive viewing in New York and Los Angeles on December 28th so that it can be considered for the 2013 Oscars ceremony. It will then begin its expanded release in January.

Related:   A Crack in the Pavement: Documentary Showing Kids Going Green at School