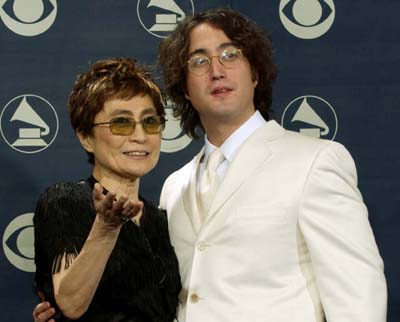 Yoko Ono and her son, Sean Lennon, have announced their coalition “Artists Against Fracking”. There are also reports the two have sent a letter to New York Governor Andrew Cuomo requesting a meeting.

Cuomo has been under intense pressure not to approve natural gas drilling in the Marcellus Shale through the hydraulic fracturing process known as fracking. Activists have been rallying the governor to tell his environmental officials not to go ahead with the plan.

According to The New York Times (NYT), Ono says it was not hard to recruit more than 180 artists to the coalition. She reportedly reached out to some friends. And soon, dozens of artists, many of them with homes in New York, agreed to publicly join the campaign.

Ono told the newspaper that she was leaving it up to the artists to design their own advocacy. “When people say, “What can I do?” I say, “think creatively,”” she said during an interview at The New York Times. “I’m thinking about spirit and brains. We have the brains and the spirit.”

Current allies include Lady Gaga, Paul McCartney, David Geffen and Deepak Chopra. The celebrities are jumping into the debate over fracking, just as New York officials are finalizing regulations to govern the new drilling. Reports say a decision is expected soon over whether fracking will be allowed in New York State, where and under what conditions.

Ono and her son plan to use their fan base to sway public opinion on the drilling process. The coalition believes fracking threatens watersheds and wilderness areas. The group plans to spread that message through social media and various celebrity events.

In an opinion piece published in The Times earlier this week, Lennon wrote about spending time on the family farm Ms. Ono and John Lennon bought in the Catskills in the 1970s before he was born.

Ono told the newspaper she’s been quietly supporting the anti-fracking cause for two years. She wants New York to move away from fossil fuels and embrace renewable energy and become “an ecologically beautiful model state.”

Fracking is a relatively new drilling technology that’s revolutionized the energy industry and caused significant health and environmental concerns. The process has brought massive supplies of fuel to the market. And the technology is now being used to unlock giant oil fields long considered too difficult to tap.