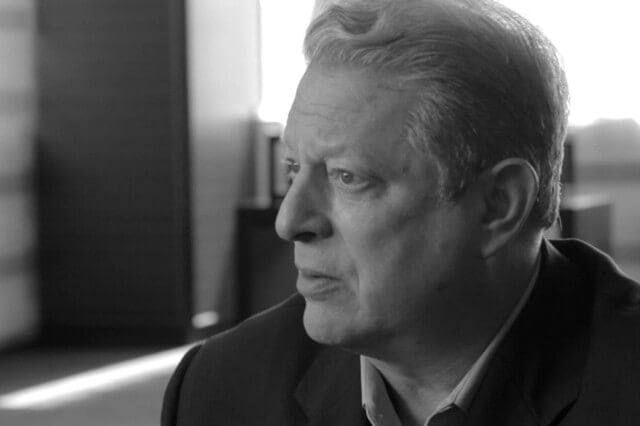 Former Vice President Al Gore is on a campaign to let doubters of climate change know that they can no longer ignore the facts. Gore created an updated version of his ‘An Inconvenient Truth’ slideshow, and presented it to more than 1,000 environmental activists in San Francisco. The roughly 60-minute presentation was part of a three-day Climate Reality Leadership training conference, organized by The Climate Reality Project.

The Nobel Laureate’s new message has been resonating with climate-conscious people around the world. Gore’s main point is a strong one: Extreme weather events around the world are directly linked to the climate crisis.

The 64-year-old says it’s no longer a legitimate question for doubters of climate change. People around the world have been suffering from the effects of drought, heat waves and severe flooding.

News and lifestyle website TakePart recently sat down with Gore and posted the interview on its main page. In the interview, Gore notes that July 2012 was the hottest month ever on record. And that globally, nine of the 10 hottest years occurred within the last 10 years alone. He argues that the facts are too alarming for climate change doubters to ignore.

Watch the first clip from the interview below:

Later this week, TakePart will continue to upload more clips of its interview with Gore. These clips will include his thoughts on U.S. President Barack Obama‘s environmental record and what a Mitt Romney victory would mean for climate change.

Prior to the event, TakePart sat down with the chairman of the Climate Reality Project for a wide-ranging interview on climate change, which included his thoughts on the recent heatwaves and drought, President Obama’s green record, and what it would mean for environmental policy in the United States if Republican Mitt Romney were elected President in November.