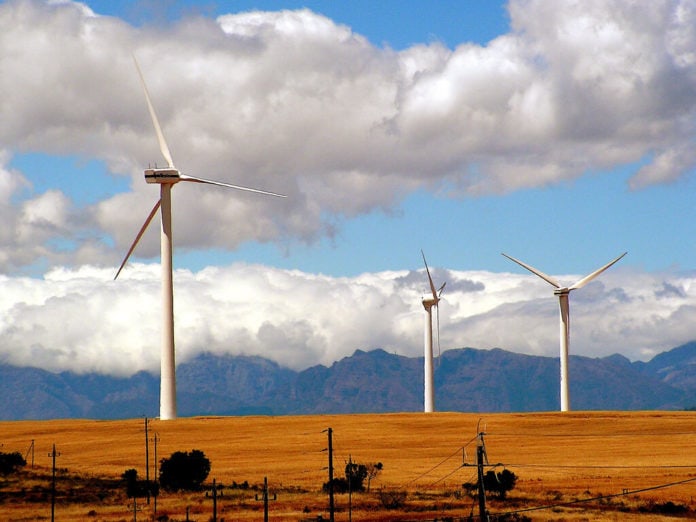 There are a number of myths that continue to swirl around regarding renewable energy. Many of these myths seem aimed at discrediting the idea of alternative power, or of propping up dangerous, but profitable, industries like coal.

The first myth is the idea that “Clean Coal” is good coal.  There’s no much things as “Clean Coal”, let alone “Good Coal”. The World Health Organization estimates that upwards of one million people are killed every year by smoke and particulates from the burning of coal. The combination of smoke stack emissions and ash residue releases more radiation into the environment every year than nuclear power has ever done.

The idea behind “Clean Coal: is not so much that the coal is clean, but that power plants can clean up the exhaust as it is emitted. This primarily involves sequestering the carbon and particulate emissions. Sequestration is an unproven technology, which typically involves burying wastes in depleted underground oil reservoirs. Should these sequestration attempts fail, then all of that material will be released back into the environment.

Another myth about sustainable energy questions the ability of solar power to supply more than a fraction of our energy needs. Or, that solar power has no power. While the amount of power to be gained by a small photovoltaic panel is indeed small, the amount that can be gained from a very large is enormous.  A 260 square kilometre area of Nevada would be enough to supply all the energy needs of the United States, the biggest energy consumer on the planet. While that may sound like a large area, if that were spread out over many sites, it would be a bit more than the area of all the abandoned industrial sites in the US.

Solar power may not be portable, but it can be used to charge batteries for electric cars, or produce hydrogen for fuel cell-powered vehicles. Some vehicles, like high-performance aircraft, would still require a denser energy source, like fossil fuels. However, if everything else was running on electricity and hydrogen, that would drastically lower costs.

Myth 3: Wind Turbines Are Bad for the Environment

Another myth is that wind power is a noisy bird killer. Wind power was once touted as benign, but once the wind farms started to go up, and people had to start looking at them, then opinions changed. While most will not admit it, objections to wind power are mainly aesthetic.

However, they try to couch their objections in other terms.  First is the idea that wind turbines are mass killers of bird and other flying creatures.  Wind turbines do kill birds, this is true. So do many other human actions and technology, like skyscrapers, cars and planes, pollution (like from coal-fired plants) and worst of all, the domestic cat.

The question should be: Do wind turbines kill too many birds? The average wind warm will kill upwards of 3000 birds a year, mostly small birds but the occasional “prestige” species as well, like raptors. Skyscrapers kill millions annually, and domestic cats quite likely even more. So taken in that context, the average wind farm isn’t so bad. Could it better? Yes, and wind project developers are always looking for ways to ease the suffering.

As an example, the bigger the turbine, the less likely it is to kill birds.  Modern wind farms are being built with much larger, and safer, turbines than earlier designs. Proper placement of the turbines to avoid migration corridors will also mitigate the risk.

Another complaint raised against wind turbines is the noise. While a huge, slowly-spinning three bladed turbine is going to make some noise, we’re not talking about helicopter rotors here. A typical wind farm generates 35-45 decibels at over 200 meters. Which is about as much noise as a kitchen refrigerator. So, again, this claim doesn’t really stand up well to scrutiny.

A final claim made is that renewable energy simply can’t replace fossil fuels. Make no mistake, fossil fuels are a very good fuel, with a high energy density and cheap to produce. Over time, though, the costs of production are going to sky-rocket in response to scarcity, and there is the problem of the immense amounts of pollution they create. While renewable energy resources cannot directly provide a fuel as portable and effective as fossil fuels, they can be used to provide energy for charging batteries, filling high-pressure air tanks, and producing hydrogen for fuel cells. These sources can be used for portable purposes.

Renewable energy is an important resource in the battle against climate change. It is also important as a move forward towards energy security and reliability. When fuels can be made, rather than found, geography becomes far less important for energy. Most importantly of all, these renewable energy sources won’t run out. There’s not going to be “peak solar” or “peak hydrogen”.

If nothing else, though, a move to renewable energy will give us back clean air and healthy skies. That alone makes it worthwhile.