Greener IdealHelping you live sustainably
More
Home News Energy Wind Farms: Not in my Backyard (Why Not?) 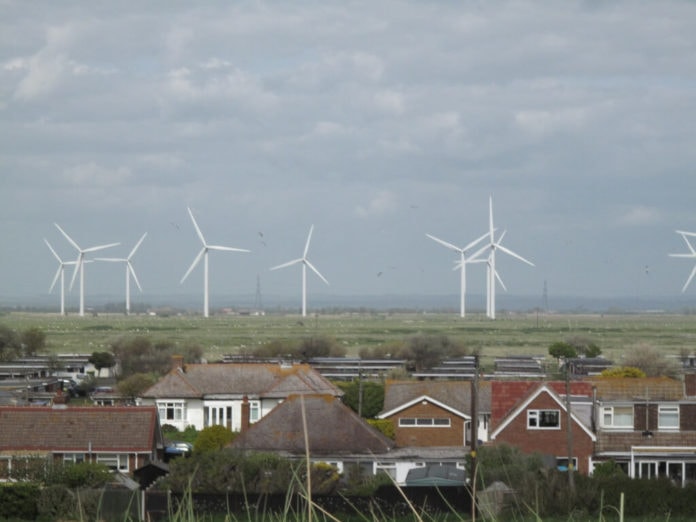 There are a variety of alternative power generation methods that are starting to come into play as the world grows more concerned about pollution and climate change. Solar and wind are looked upon as being the “greenest” of these, but both are not suited to provide base load power, as wind and sun vary too much to provide an effective base level of service. However, alternate power generation methods do allow for greater power during peak demand periods, or to allow a base power plant to throttle back for a period while the alternative picks up the slack.

Most people seem to be in favour of alternative energy sources, at least until those sources happen to be on their doorstep. Then they start finding any number of reasons why windpower is unsuitable for their location. Very few are willing to be honest about their primary objection, which is simply that windpower is fine, when it affects other people.

There are, admittedly, issues with windpower. The windpower turbines themselves are unsightly, and moreoever interfere with sightlines, spoiling views. Another complaint is noise, but wind turbines are actually fairly quiet, being on the level of typical distant highway noise.

The spinning blades of typical wind turbines do interfere with radar systems, creating additional clutter, and this concern has held up a number of wind turbine farms. However, there exists mitigation for this problem, whether it is to purchase new systems, as they are doing in Britain, or to upgrade the software on the old systems, they can work past this concern.

Wind turbines can also be very damaging to wildlife, especially birds. This risk can be controlled, however, through a combination of site selection and making use of the latest turbine technology. Paradoxically, the bigger (and more unsightly) the turbine, the safer it is for birds. A larger-diameter turbine doesn’t have to spin as fast as a small one to generate the same amount of power. Slower blades are easier for birds to avoid. As far as site selection goes, avoiding areas where birds nest, or migratory routes if possible, go a long way to avoiding bird deaths.

The technology for windpower is much more robust and available than for solar power. Large-scale wind power is feasible now, and many countries are moving rapidly to harness the wind to meet peak load demands. Unfortunately, many of the best locations for wind power happen to be where people live. Many fear that wind farms will adversely affect their property values. And they may be right.

It may get to the point where governments offer compensation for homeowners near windfarms, possibly in the form of lower taxes. However, there is another tack on this. Many people actually like the image of wind farms, and appreciate what they represent, a new approach to energy and the future. Perhaps these people will be the ones who prevail, and allow the winds of change to blow.