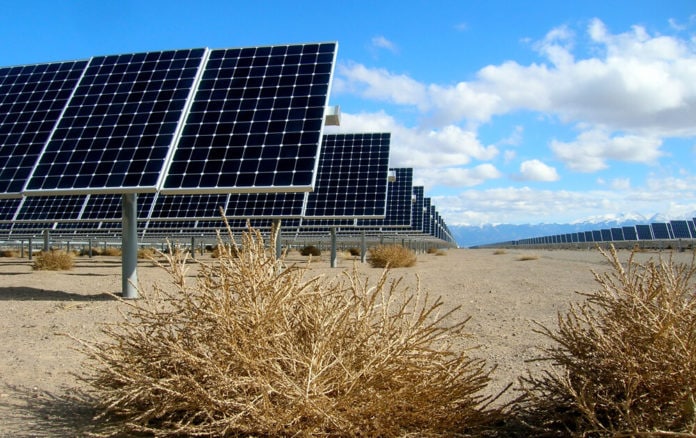 What is the “No. 1 trend” for larger solar projects?

Bigger rebates? Greater incentives? Grid parity? No. No and no again.

The No. 1 trend in the solar business today is solar installation firms making bids they cannot meet. So says the San Diego Union-Tribune in a recent interview with the president of a solar financing company.

Finally: Someone has belled the cat.

“People don’t understand what it takes to build projects,” Joshua Weinstein, a solar financier told the Union-Tribune. “People don’t understand what it takes to finance projects. And people don’t take seriously the commitment to the customer … And we’re, frankly, in a position where we can pick up the pieces of these broken deals … It’s not just pricing, it’s generally the broad universe of people over promising and under delivering.”

One solar project that industry executives point to as the poster child of problem solar installations is the Houweling Hot House Group, a Canadian company with operations in Camarillo, California.

Known world-wide as a leader in sustainable farming, Houweling began two years ago to plan to upgrade its Camarillo operations to make it a show case for “The Future of Sustainable Agriculture.”

But when it came to put a shovel in the ground and start building, problems began with its solar energy system. Problems that persist to this day.

Houweling hired American Capital Energy out of Massachusetts to perform the installation of a 1.2 megawatt photovoltaic solar energy array to power the farm.

“We had to shut the construction down because they had started pouring the foundation and building the support structure for the solar panels before the permits were in place,” said Jim McDonald, head of the Building and Safety Department for the County of Ventura.

By May of 2009, Houweling thought everything was ready. So they held a grand opening featuring state of the art water purification, recycling, and even solar power at its $53.2 million facilities.

The Ventura Star reported that the 530 guests, including the Dutch ambassador to the United States, a California Cabinet secretary and academic luminaries from the University of California, were “impressed.”

And why wouldn’t they be? These gleaming new hot houses with about 100 acres under glass were going to produce more food, better food, for less money.

Everything seemed to work well, except for one thing: The solar panels. The County of Ventura had issued a failing grade on an electric inspection just a few days before the gala, county records show. The records also noted the tracking system for the panels was not yet installed.

The “temporary” permits to even “test” the solar system did not arrive for another month, McDonald said.

Steve Ellicott, of American Capital Energy, told Alternative Sources Energy magazine that the delays were not the fault of his company.

According to the magazine, “the designs, in particular the retention pond structure, may have been genius, but they were new concepts to Ventura County and gave them pause.”

“”I think the issue was that the county has never dealt with anything like this before,” says (company president Casey) Houweling. “Everything was new to the guys, and they didn’t know how to code it. And they didn’t know the engineering that was needed. It was breaking new ground for them.”

That is simply “not true,” said McDonald. His inspectors had plenty of experience with solar, he said.

“We had our most senior people inspecting and doing permits for that job,” he said. And when people begin work without permits, or have trouble passing inspections, that is more likely a sign “they don’t know any better.”

One of the problems, said McDonald, was the installation of solar trackers, meant to improve solar production by as much as 25 percent by allowing the panels to follow the sun.

Public records at the Ventura County web site show the system failed inspections two times, the second time in June 2009 and noted the ‘tracking motors were not yet intstalled.”

American Capital and Houweling Hot House in Camarillo did not return email requests for comments on their installation.

In the meantime, McDonald says his inspectors have not been back to the Camarillo property since June of 2009. And the future of agriculture has still not passed final electric inspection of its solar panels.

That is not good news for the property owner.

“The implications of this for insurance and rebates are enormous, as you might imagine,” said city councilman Mark Yarbrough of Perris, California. “Without the trackers and the final inspections, the farm lost money by paying more for energy than it should have. And it also lost out on energy rebates, which are based on how much power the panels produce and can go down if deadlines are missed. So I do not know if they are running the system on a temporary permit or not. But taking this long to get permits and inspections for a solar array of that size means that someone is losing a lot of money.”

by Dan Auld and Jim Fitzpatrick