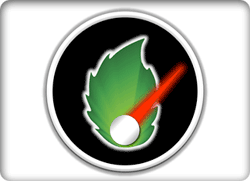 ‘SmartGrid’ is another one of those green buzzwords that’s being tossed around a lot, but whose meaning isn’t very well known. So here’s a basic lesson on what a Smart Grid really is, and what you can do to take advantage of its benefits.

First off, a Smart Grid is an electricity grid using digital technology to measure and track the energy from the supplier to the consumer.

The biggest benefit of a Smart Grid is it provides alternative energy to the urban areas that use the most power. Currently, you can only take advantage of alternative energy if you live close to the source. But if you live far away from a wind turbine field, you’re out of luck. Now, when we put up more turbines in Texas, it could actually mean clean energy for New York.

Right now, energy consumption in America makes up 40% of the country’s carbon footprint, while every vehicle’s emissions combined only makes up 20%. It’s time to start thinking green about the power we use as much as the cars we drive. If we make the energy grid even 1% more efficient (a small goal to aim for), it will eliminate over 50 billion pounds of carbon dioxide. That’s the equivalent of taking over 4 million cars off the road, or having an extra 6.5 million acres of trees! And what if we made the grid 5% more efficient? It would mean getting rid of 262 billion pounds of CO2, or taking 21 million cars off the road, or planting over 32 million acres of trees. I think everyone can agree this is what we should be aiming for.

People can help take advantage of a Smart Grid with a Smart Meter which tells you what time of day you use the most energy, and what steps you can take to cut your energy costs. If 25% of U.S. homes installed Smart Meters it would reduce CO2 emissions by over 9 million tons. That’s the equivalent of taking almost 2 million cars off the road! And Smart Meter technology isn’t so far off – they’re already being widely used in Florida, and California plans to have 2 million homes equipped with Smart Meters by 2011.

GE is spearheading the campaign for the Smart Grid in North America and SmartGrids Europe is doing their part overseas. Visit their official sites to learn more about the future of Smart Grid technology, and how it can help revolutionize our energy.