Uranium is what has been used in power plants since the 1950’s, not long after Albert Einstein formulated E=mc^2, which proved the tremendous power and potential in harnessing nuclear energy.

Since then, nuclear energy has been used for both peaceful and as nuclear bombs in war – the last one luckily not for a few decades. The reason why uranium was the fuel that was invested in the first place is said to be its ability to be used as material in a nuclear bomb. This is not the case with thorium.

Thorium has many advantages over uranium (as well as disadvantages which we will get to later). The most interesting ones is the fact that our earth is rich with this material and it is much safer.

Its safety profile can be derived from many aspects of using thorium as fuel. The following are the most important ones:

As you can see, there are a lot of benefits when it comes to thorium. On the other hand, we also face many challenges if we were to transform our nuclear energy system towards it.

Developing a technology such as thorium nuclear power is incredibly expensive. If it is going to be anywhere near competitive with other energy sources, it needs political backing, incentives etc. At the moment this seems to be lacking – at least in the U.S.

If we succeed in developing nuclear power derived by fission of thorium – we could potentially revolutionize the way we supply ourselves with energy.  I can certainly imagine a future where thorium supplies the baseload energy together with solar, wind and other forms of renewable energy. 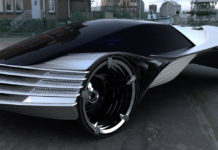 Thorium Could Be The Clean Energy Source of the Future