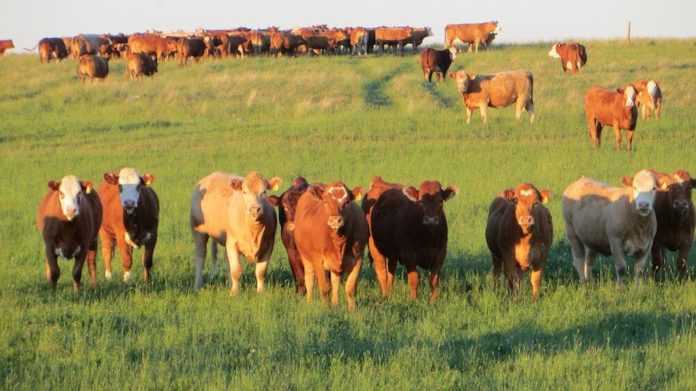 One of Alberta’s biggest economical contributors is the beef industry. But this industry started as a way for grain farmers to diversify, as prices were, and still are, very volatile.

But now farmers, especially those that run feedlots, have another problem: knowing what to do with the poop.

Once you have a lot of cattle in one feedlot, the poop starts to pile up. But Bern Kotelko saw this as an opportunity. “This isn’t just waste,” he says. It’s a product that just needs to be used in a different way.

Kotelko believes that an anaerobic digester is the answer. This adds green bin organics and cow manure and turns it into methane or biogas, which can be burned in a 2.5 megawatt electricity generator and can produce enough electricity for  about 2,000 homes.

The feedlot that Kotelco runs has more than 35,000 head of cattle and produces 500 tons of manure a day. They also accept manure from neighboring feedlots which amounts to another 200 tons a day.

To make this waste into something usable, they added an ethanol plant that produced fuel grade ethanol. To help the feedlot make sense of it all, Trever Nickel from HiImark Biogas helps design the process and license the technology used at the plant. Basically it works like this:

Related:
Is the Northern Gateway Project In Canada's National Interest?

“In other words all of these processes work together, that’s why it is called an integrated bio-refinery,” says Nickel.

However, despite this success there is only one other anaerobic digester in Alberta and the only two ethanol plants in the province produce only as much as 80 million liters fo ethanol, which is surprising seeing as how energy focused the province is and the large surplus of grain that grows here.