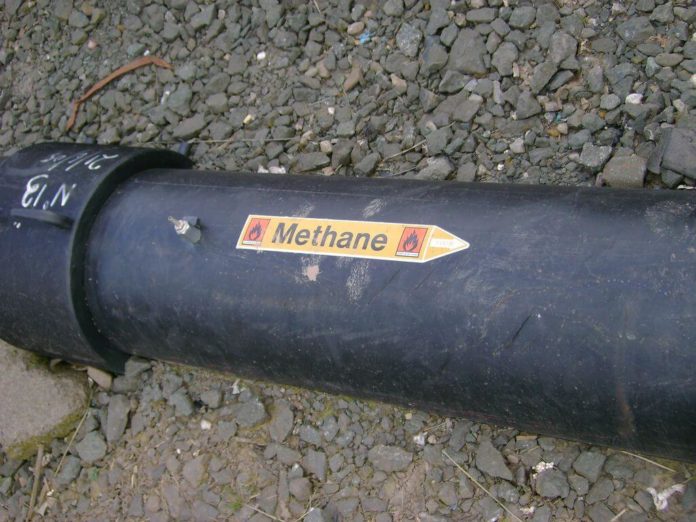 Look up into the night sky in North Carolina where fracking is common and you’ll note the methane gas flares that light up the sky. So visible are they that these can be seen clearly from even outer space. This is fairly common in the United States, but not for Canada. It’s this type of waste that has many environmentalists criticizing the natural gas industry even more, especially with the increased use of fracking methods being implemented in Alberta, Canada.

With the new developments in shale gas resources in Alberta,  Canada could soon face similar methane prolems. But Alberta and Canada don’t want any black marks against their already shaky environmental record, so they are ecouraging regulation and alternative uses for this methane.

One such regulation taking effect is a policy that pertains to flaring or venting the methane. Before 2009, many companies chose to capture this flared gas, but that’s when gas prices were higher. However, now because production is more innovative and less expensive, which allows for extraction from shale formations, oil and gas prices are at historic lows.

So when it comes to costs, it is now less convenient for a company to capture these flares. Consequently, the volume of gas flared and vented has increased in the last three years, surpassing Alberta’s energy statutory limit of 670 million cubic meters. This has made Alberta’s standing regulation regarding methane inefective, so they changed it.

Last June, however, Alberta established a new regulation that obliges companies to capture all gas associated with fracking, regardles of whether it was an economically sound decision or not.

From Waste to Resource

Not only are the regulations a sound environmental decision, but Alberta is also considering using this natural gas as an alternative transportation fuel. Seen from this perspective, natural gas used as fuel can lower the cost of transportation, reduce greenhouse gas emissions and lower air pollutants. A study at the Pembina Institute demonstrates that natural gas does in fact offer a lower cost for heavy truck operations in Western Canada. A significant added benefit is that natural gas also offers air quality benefits with almost a 14% reduction in greenhouse gases.

By addressing both the flare problem and the high cost of transportation, this offers an opportunity to reduce both costs and emmisions. Cutting edge innovators are already looking for ways to capture the stranded gas and process it to be used at the well site or in the transportation fleet; all of these innovators being based in Western Canada.

What is Alberta’s Idea?

The idea is to create a transportation network that is safe, innovative and sustainable; to create usable gas from stranded and make the oil rig a part of the clean tech sector in Alberta.