Awareness of the environmental drawbacks of fossil fuels—coal, oil and natural gas—is on the rise. So is interest in eco-friendly alternatives for meeting society’s energy needs.

Among the most promising of the rising green stars is geothermal energy. The advantages linked to this abundant subterranean resource are many.

Check out our list of the top ten reasons we should consider a future in which geothermal energy figures prominently.

Geothermal power is based on heat energy stored underneath the ground. This intense heat is trapped in enormous quantities inside water reservoirs in the earth’s crust. In fact, it is considered essentially limitless.

The superheated aquifers tapped for geothermal production are continually replenished by geologic forces originating in the core of the planet. These inexhaustible natural processes make geothermal energy an eminently renewable resource.

Geothermal energy is considered clean because it can be extracted and converted without burning any fossil fuels. The ’emissions’ from a geothermal plant are mainly benign water vapors.

For evidence, we can look to Iceland whose capital Reykjavik—where 95% of buildings are geothermally heated—is considered one of the world’s cleanest cities.

Oil and other ‘fossil’ fuels are just that—finite fossils that took a long time to form millions of years ago. As a result, there is only so much valuable oil we can extract from identified reserves. At some point, it could simply become cost-ineffective to drill for what’s left of the world’s petroleum—not to mention prohibitively destructive of the global climate.

Related:
What it Means to “Electrify” Your Home – and How to Do It

Some level of geothermal energy is available in most places. There is potential for geothermal development throughout the United States, and the process is highly scalable.

Geothermal lends itself to large and commercial-scale plant operations as well as local and residential applications in the form of ground pump heating and cooling systems. Smaller operations are cheaper and can be dug at shallower levels, while large geothermal power plants can efficiently convert huge amounts of heat into electricity to feed the grid.

Unlike renewables such as solar and wind power, geothermal energy maintains an ideal stability night and day, regardless of lighting and wind conditions. That makes it eligible to supply base load electricity to the grid.

[Related: What is Base Load Power?]

The base load forms the primary bulk of demand for a grid’s electricity. A reliable and constant supply of power is required to meet this demand. Geothermal’s inherent stability also carries over to the price of electricity, which would see less cost fluctuation.

A geothermal system is an excellent way to substantially reduce a building’s carbon footprint. Zoe Reich, an environmental specialist with engineering firm Edwards & Zuck, says a correctly installed geothermal pump system can shave a building’s utility costs by up to 60%.

While geothermal energy is not entirely carbon-free, it releases a fraction as much carbon dioxide into the atmosphere as fossil fuels. Additionally, power is generated on-site at geothermal plants, saving the costly energy associated with transporting and processing pricey fuels.

Related:
The Salton Sea: A Deserted Seascape that Could Come Back to Life with Geothermal Technology

Geothermal energy can replace both heating and cooling systems in buildings—and do both jobs more efficiently than conventional air-cooled systems. Why? Subsurface temperatures remain constant year-round.

Moreover, the elegant operational simplicity of a typical system and the absence of carbon fouling due to combustion mean geothermal systems are easy to maintain.

Additionally, underground geothermal systems aren’t exposed to the elements. This is important during extreme weather as it protects crucial energy supplies from natural disasters that threaten aboveground units.

The uncapped energy potential of hydrothermal reservoirs means there will never be anything like ‘peak geothermal.’ This has serious implications for job creation and the strength of the green economy.

It takes a lot of workers to build and run geothermal power plants. Each phase of development represents valuable jobs for electricians, pipe-fitters, engineers, recruits from top geology programs, and more.

While geothermal production has its own exploration risks and cost foibles, its product research risk is less than in many other renewable energy industries.

The long-term outlook for this plentiful source of clean energy is quite bright. 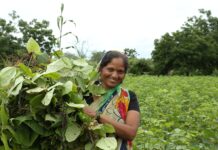 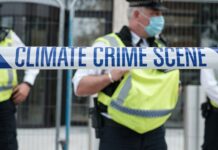