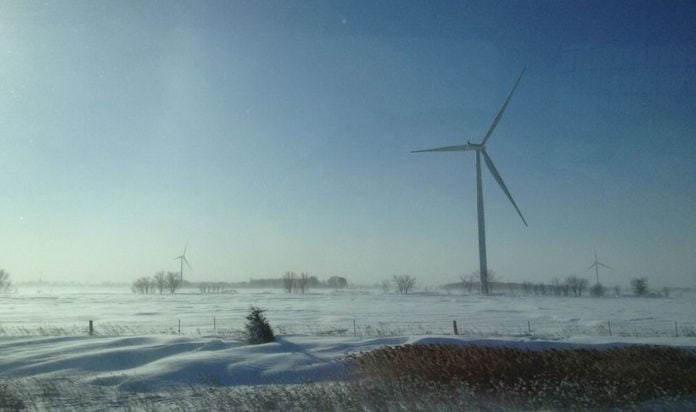 Unlike other developed countries, more than 60% of Canadian electricity now comes from a renewable source, and more is being developed using innovative renewable technologies. This puts the nation at the forefront of others for renewable energy development and production.

In fact, Canada has been listed as one of the top 10 alternative energy producers for several years now, and its market share is expected to increase over the next decade due to an influx of new projects, and businesses who are responding to the Canadian government initiative. The federal program now offers incentives at $10 per megawatt hour for up to 10 years to eligible renewable energy projects powered with wind, geothermal, solar, small hydro and wave technology.

Provinces are also rewarding alternative energy projects and investing in their own energy resource plans. For example, Ontario plans to have 10% of its generating capacity powered by renewable sources in the next decade.

In Canada, there are many different alternative power technologies, but those that are more affordable and offer better technology maturity are: geothermal, biomass, wind and solar.

Applications it’s being used in range from low-temperature heat pump technologies, and a potential for electricity generation. Mostly, these are technologies used on the Pacific Rim, an area where high geothermal energy is found.

As of yet, there is no geothermal generation of electricity on Canada’s Pacific coast, but Western Geo-Power Corporation is in the final stage of the evaluation to generate electricity for Yukon Energy Corporation and Yukon Cold Climate Innovation Center.

Most geothermal resources are distanced from populations, but recent technologies have been working on expanding the reach of this energy to the distant communities.

Investors are seriously looking into Canada’s geothermal energy production and planning development projects. It’s estimated that development for geothermal installations will take only about three years, whereas it takes five or more to create a large coal plant.

When it comes to the consumer market, low-temperature heat pumps created with geothermal are now a mature technology that expands about 40% per year and has done so annually for the last three years. These are systems that use the heat from the sun, which has warmed the ground; they are a very efficient way of heating because they simply transfer heat, and there’s no need to convert energy.

However, this rapidly growing energy market requires the development of business opportunities, training, research and development and business coordination.

Given Canada’s northern location, it is surprising that the country has so much opportunity for solar power.

Still, there is a market in solar water heating, which is energy that is nonelectrical. This industry sees success because of Canada’s size and the number of remote communities and areas that are off the power grid.

For the same reason, there is a thriving photovoltaic cell market, which convert visible light to direct electricity. Again, this is used for off grid power generation, especially in homes and industrial installations.

This new technology is now addressing the need for expensive transmission facilities. Statistics from the Canadian Solar Industries Association suggest that solar could meet about 10% of the total energy requirements by 2025, especially seeing how the market has grown by 25% per year over the last 10 years.

Canadian solar companies now make solar panels, water pumps, solar lighting systems and other equipment for industry needs. As a consequence to the need for this alternative energy, jobs have also increased over the last decade. According to national statistics, jobs in solar industry have increased by 38% over the last five years.

Biomass has been an important part of Canada’s energy resources for several years now. It supplies about 6% of the primary energy demands for about 1500 MW, which is used by the pulp and paper industry. However, smaller independent power businesses are now using it to sell into the electric grid.

About 1.5 million Canadians, mostly in the Atlantic provinces, still use wood for heating. Biomass fuel allows for the modification and heating systems to burn wood waste. Additionally, landfill methane in Ontario, British Columbia and Québec is now captured and converted to energy.

Another robust market for biomass energy is the ethanol produced by corn and wheat that is used as an additive to gasoline.

There are currently ethanol plants under construction, meaning production could triple over the next five years.

Related:
Use Solar Panels on Your Garage to Recharge Your Electric Car

The geographic location and topography of Canada is ideal for wind power generation. The wind energy industry has grown by about 50% per year, and now offers 8,953 megawatts to the power grid, a number that has risen by about 5000 MW since 2007.

Today, there are wind farms located all across the country and these projects are endorsed by many of the Canadian provinces. Because the wind industry in Canada is growing rapidly, it’s now cost-effective for wind turbine manufacturers to set up shop here.

Canada has found that energy production from renewable sources is not only good for the environment, but it’s also good for business. It keeps revenue at home, where otherwise it would go overseas to fossil fuel producers. This is an industry that keeps Canadians working in service and manufacturing jobs; and it’s producing more jobs every year, while at the same time providing clean and reliable power for the future.