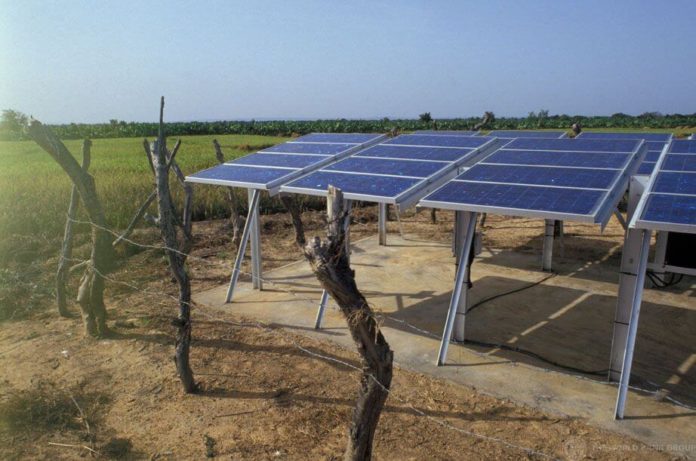 Unfortunately, these usually take the forms of wood, dung, candles and kerosene, used for lighting and for cooking. These alternatives are dangerous and expensive, and governments have failed dismally in their effort to roll out modern energy solutions.

Just as many developing nations skipped the land line telephone altogether and embraced the cell phone, so could they embrace clean-tech alternative energy solutions, especially since these are now so much more competitive. We may soon see billions of people transition from traditional fuels like coal and oil to sustainable energy sources like solar, which will benefit the global environment tremendously.

The Energy Problems of Poor Nations

1.4 billion people around the world still lack access to electricity, suggests the International Energy Agency. These people live in extremely poor countries and often in rural areas. For example, only one in seven rural populations of Sub-Saharan Africa have electrical power, and even then, many of these people still depend on wood or dung for cooking, sources which amount to 10% of the global energy supply.

This limited reach of modern energy has caused serious accidents, severe burns and death caused by wood stoves. This results in a pollution that is responsible for 1.5 million deaths a year. Moreover, these fuels are expensive, as well as being dangerous. They are inefficient at turning fuel into usable energy.

Related:
Why Everyone in the UK Should be Using Solar Power

Why do so many poor people rely on these ancient technologies? In part because governments focus on offering electricity to an elite few rather than to the many, and government subsidized agencies don’t even have enough to conduct basic operations and maintenance, let alone build the infrastructure to service the larger population.

From an environmental perspective, it is probably a good thing that poor people use less fossil fuel energy, as that would mean a lot more carbon dioxide and green house gasses in the atmosphere. Still, these rural areas could advance much faster if they could connect to some type of electricity.

However, for all the misery suffered by generations who have gone without electricity, the world has had one advantage, the lack of a dirty power plants that belch out carbon monoxide. And there is good news on the horizon, as many of the poorest nations are at last becoming richer, and they are demanding energy, and this is coming in the form of cleaner energy.

Methods to get off-grid energy and environmentally sustainable sources are coming to these energy deficient countries. For example, solar lanterns that use solar cells to charge a battery and LED light are now available at less than $20. And whole solar panels cost 40% of what they did even two years ago.

While the cost of a panel might be about $300, or the cost of a year’s supply of kerosene, the panel can power a number of brighter LED lights. This makes alternative energy an attractive option, maybe even more so in developing countries than in richer countries. In fact, David Wheeler at the Center for Global Development suggests that India has plans in the works to produce at least 15% of it’s energy from renewable sources by 2020.

Related:
Solar Impulse: Around The World In A Solar Airplane

The IPPC also suggests that renewable energy could be delivering about 80% of the world’s power by 2050.

If we do reach this lofty goal, the world will have found victory in two ways. First, by giving poverty ridden countries energy, and improving health and replacing inefficient sources of energy; and secondly, by reducing excess greenhouse gas.