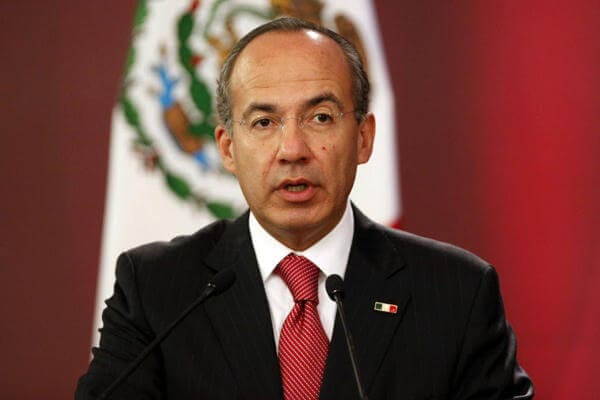 Mexican President Felipe Calderon inaugurated a large-scale solar power plant that he touted as the region’s first, a pilot facility in the northwestern state of Baja California that features 4,000 photovoltaic panels and 1 MW in generating capacity.

The current president of Mexico Felipe Calderon Hinojosa has inaugurated a large-scale solar power plant in the northwestern region of Baja California. This facility has exactly 4,000 photovoltaic panels that will generate 1 MW in capacity.

The president said “the first in Mexico, the first in all of Latin America” after saying that its main function would be an experimental test by the current monopolistic state-owned electric utility company Comision Federal de Electricidad (CFE) in its attempt to develop renewable energy.

In current times, 26% of the electricity that is produced within Mexico comes from renewable sources, primarily from water, wind and sun. The rest comes from fossil fuels and methane.

Felipe Calderon kept urging the need to continue the development and propagate the model that is currently taking place in some parts of Mexico that involve the mounting of solar panels on houses to supply enough electricity and connect them to the national energy grid.

The plant inaugurated this October 12th in the town of Santa Rosalia, which is strategically located in the center of the Baja California peninsula. Grupo Condumex, a group that mainly focuses on renewable energy, built this plant. The world’s wealthiest person Carlos Slim, the current owner of the biggest telecommunication network in Latin America, owns this company.

This plant will generate electricity using pv panels that will strategically move perpendicularly to the sun from dawn to dusk using a solar-tracking technology.

Additionally, a U.S Firm by the name of SolFocus Inc, announced back in March the start of a solar power plant near the border town of Tecate, Baja California. This plant with a capacity of 450 MW would be buit thanks to a partnership with Grupo Musa (real estate developer) and a U.S based energy developer Synergy Technologies. This project aims to start in 2012 and will be operational by the end of 2013. According to a press release back in March 29, it was mentioned that Northern Mexico has the “third greatest solar resource in the world, making it an ideal location for this project”.