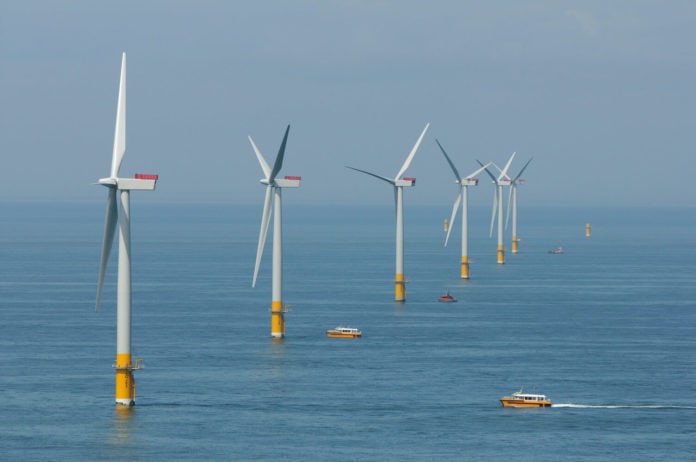 The completion of the £1.3 billion Greater Gabbard project off the coast of Suffolk was a great step towards the development of Britain’s offshore wind industry. The 140-turbine project has a capacity of 500MW, is capable of providing 1,750 GWh of electricity per year, and has delivered upwards of £500 million to local economy.

SSE renewables and RWE Innogy jointly developed the Greater Gabbard project. Both companies praise Britain for its investment into renewable energy such as wind turbines, and are pleased that the offshore wind industry is receiving much support from the government.

Of particular note is a newly launched Offshore Wind Industrial Strategy that is designed to further help British firms in the fast-developing market. The plan includes a £20 million Regional growth Fund to support UK wind turbine developers and a £46 million Research and Development Fund to bring new technologies to the market.

Despite these large developments in Britain’s offshore wind farm market, the government has faced strong criticism over foreign dilution of the UK supply chain. One such critic is the manufacturers’ organization for UK manufacturing companies, or EEF. They have stressed that the government should introduce decarbonisation targets for the UK power sector, and should sign up to post-2020 EU renewables targets. These initiatives will introduce economic certainty beyond the end of the decade, allowing UK firms the ability to plan ahead and attract further investments. Overall, they maintain that even more reforms need to be done in favor of British firms and developers.

“The Government and industry have woken up to this issue so late,” said Roger Salomone, EEF’s energy advisor. “The reality is that, if a lot of subsidy is being allocated to these projects, we need to get more value out of them in terms of jobs and investment. Greater Gabbard shows how much ground we have to make up.”

Despite these criticisms, the offshore wind farm industry is hopeful of the future.

“£500 million represents a substantial contribution to the economy, but it also highlights the huge potential benefit for the UK. If the industry and Government can co-ordinate their efforts to create a viable home-grown supply chain, particularly a UK-based turbine manufacturer, we could see these contributions rise even higher for future projects.”