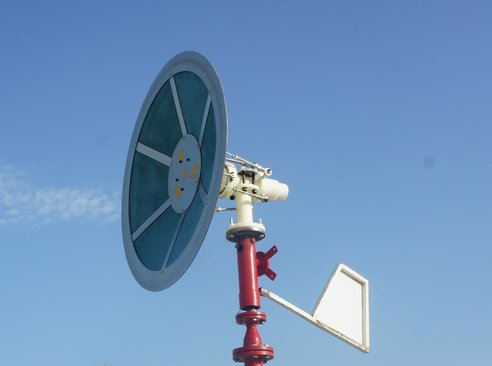 A new, bladeless wind turbine called the Saphonian could very well change the way we view renewable energy. Saphon Energy, a Tunisian company, recently developed a new wind turbine that promises to be more efficient and less destructive than its predecessors. Using its Zero-Blade technology, it replaces the blade and motors of traditional wind turbines with a sail-shaped body, allowing the new machine to collect energy from the kinetic, back and forth motion of the wind.

The main problems with traditional wind turbines are in their inefficiency and in their energy usage. Namely, current turbines are only 30-35% efficient, and the energy they generate cannot be stored for later use. The Saphonian alleviates those problems. Current tests show that the Zero-Blade technology is twice as efficient as traditional turbines, and the energy is be stored as hydraulic pressure (which can be converted to energy using a hydraulic motor and a generator). As well, Sophonian’s construction and design is at least 45% cheaper than conventional methods, allowing for more investment from other countries. 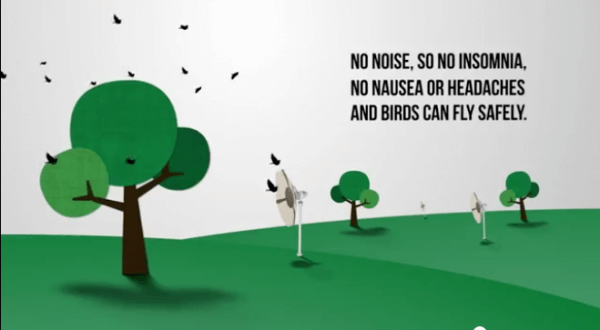 What is notable about Saphon Energy’s design is in their inclusion of environmental issues. The accidental killing of thousands of birds, the creation of wind turbine syndrome for local residents have all been considered in the Saphonian. In fact, its bladeless design allows it to be safe for birds and human ears. It goes to show that modern scientists are taking into consideration the issues presented by environmental activists.

To learn more about the Saphonian, you can visit their website here.

What is so great about the new invention is not necessarily the innovation it brings to the wind energy industry, but rather the mindset they had when building the Saphonian. They did not set out to improve the current technology, but rather to change it – to build from the ground up with their own vision of generating wind energy. They realized that the old and traditional methods were not working, so they thought outside the box and made something entirely.

So often you will hear in the news about climate change scientists pointing to their scientific facts that yes, indeed, the earth really is warming up. However, in a time when so many are advocating for a green economy, it is just business as usual. Coal and oil are still being mined and used at an astonishing rate; the meat industry still follows environmentally unsustainable policies; electric cars are still the significant majority of the cars being put on the road. What we need right now is a new mindset, one which sheds away the unsafe and unsustainable traditions of yesterday, and one which looks forward to the future. Much like the previous wind turbines, we cannot go forward with our inefficient and dangerous designs – we must think outside the box for our answers.