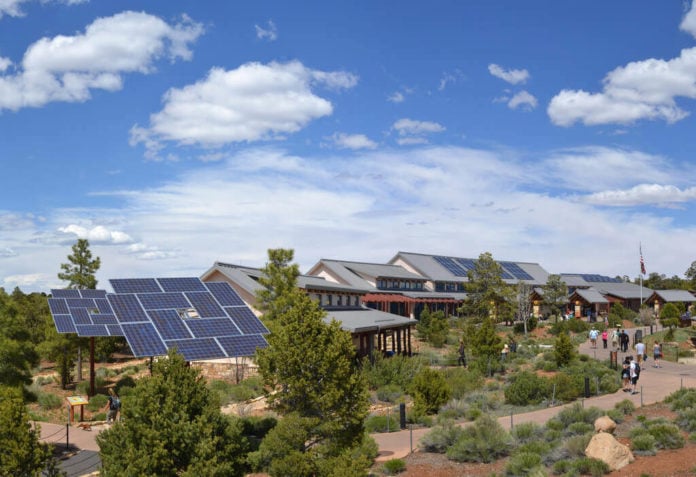 Breakthroughs in solar cell technology could very well revolutionize the way we apply solar energy. Researchers at the California NanoSystems Institute of UCLA have recently developed a near-transparent photovoltaic cell, which will allow windows and other glass substances to become solar energy surfaces without seriously impairing its function and visibility. The cell was made using a cost-effective solution processing, which allows for the creation of highly tailored PV cells using cheaper chemicals and lower temperatures.

Up until now, most integration techniques which attempt to fuse solar cells with glass have largely been impractical. The visibility of the cell’s mechanisms make it too obstructive, and the dark shade necessary to properly trap incoming sunlight is too opaque for use. The new cell is more like a thin film which can be placed overtop windows, allowing for easy placement. As well, the cell harnesses the power of infrared light, allowing for visible light to pass through. In fact, the cell only blocks around 30% of our visible light – a reduction comparable to the regular, anti-glare film used on glass today.

There is already a buzz around the practical application of this new solar technology. One of the most useful ones, especially in our gadget-crazed times, is to apply this thin film onto tablet and smartphone screens. So long as there is enough sunlight, the gadget will be charged (or at least have its energy consumption reduced), allowing for prolonged use outdoors. This ability is especially useful in outdoor camping or hiking trips, where phones are a useful safety measure but there are no outlets to charge it with for the entire stay. What’s more, the film is transparent enough so that it doesn’t impede on functionality, making it a hassle-free addition to the gadget in question.

While these innovations add a touch of convenience to our everyday lives, the application that will have the most impact will be on windows. Most cities have high-rise condos and office buildings that are several dozen stories high, with each face of the building being made mostly of glass. Try and imagine the kind of power that could be generated if each of those faces could absorb sunlight, producing power for the offices within. Now imagine that spread across countless buildings throughout an expansive modern city. The kind of impact this would have on our energy consumption would be significant, to say the least.

Our current conception of a solar energy farm is grounded in isolation; black screens, aimed at the sun and placed in the midst of a scorching desert are hard to connect with. In time, this cold image of solar energy generation could very well be replaced with a much more amicable one. When our cities create electricity, when our phones and gadgets collect sunlight, when our own homes become power generators, perhaps then we can start approaching renewable energy in a more favorable light.