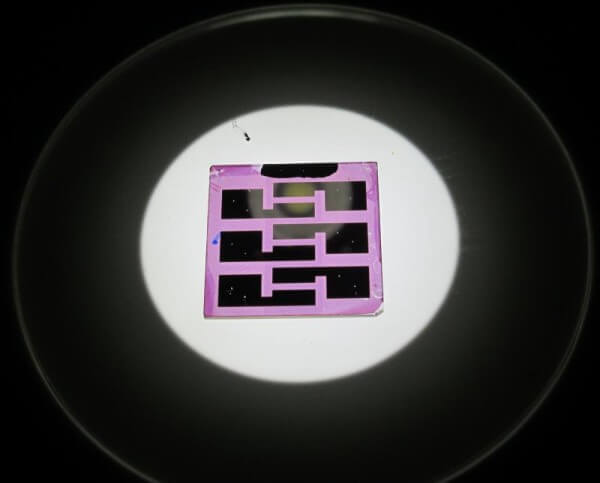 A small team of researchers at the Rice and Pennsylvania State universities has developed a new solar cell that is based on organic block copolymers. The research and the new solar cell have led to the possibility of an entirely new class of solar panels.

The organic block copolymers are compounds that self-arrange into certain layers that are effective at absorbing sunlight, and are significantly better at doing so than other substances that uses polymer as their main ingredient.

Depending on which solar panel type (mono-, polycrystalline or thin-film), the best solar panels usually range between 15-20%. Individual solar cell efficiencies are usually a bit higher than this. Researchers have actually pushed cell-efficiencies up to 43.5%.

The research team at the Rice and Pennsylvania State universities has so far not achieved an efficiency rating higher than 3%, but the exciting part is that the organic block copolymers are cheap, which in the long run could mean a new type of solar panel that can compete on the market.

The new solar cell consists of a block copolymer that arranges itself into bands with a thickness of about 16 nanometers. A layer of aluminum is put on the other side. Electrodes at the top and bottom enable current to flow through the device.

Researchers were already experimenting with using polymer components for solar cells back in the 1980s, but so far we have yet to see any breakthroughs come out of the research. It will be interesting to follow the research of block copolymer solar cells in the coming months and years. If you take a look at a comparison of solar panel efficiencies in 2013, a cell efficiency of 3% is far from exciting news. On the other hand,  a cell based on an organic polymer would be significantly cheaper than one that is silicon-based. Maybe they`re actually onto something?