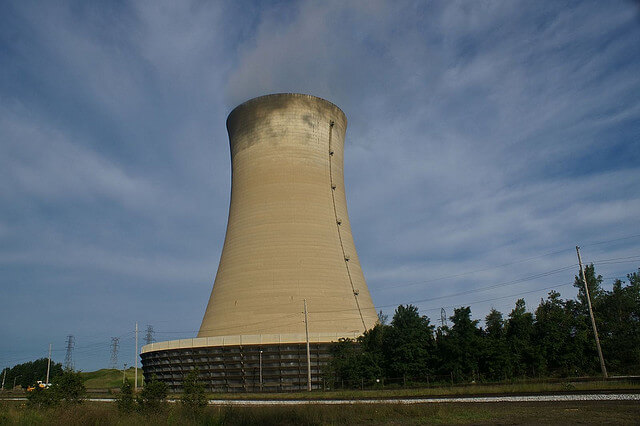 Have the dangers of nuclear power been overhyped? If former NASA scientist and climate activist James Hansen is to be believed, the use of nuclear power over the past few decades has actually saved lives.

A recently-published paper by two researchers at NASA‘s Goddard Institute of Space Studies has run the numbers and found that, despite the incredible risks of nuclear power, only about 4,900 people died as a result of nuclear power plants between 1971 and 2009. (That’s including deaths related to horrific nuclear disasters like Chernobyl, by the way.) These deaths were mostly due to workplace accidents and radiation fallout.

That may sound like a big number, until you compare it to the number of people who’ve died as a result of burning fossil fuels for power. In the same study, Hansen and his colleagues go on to estimate that 1.84 million people would have been killed by pollution in the same period if all those nuclear power plants were replaced with natural gas or coal.

At a time when many people are advocating for greater use of “clean” natural gas, Hansen estimates that using it to replace nuclear power will result in at least 420,000 additional deaths by 2050. And replacing nuclear power with coal pushes that number up even further – they estimate nearly 7 million deaths as a result in the same time period.

When you consider the effect of fossil fuels on the environment, the picture becomes even more grim. The paper’s conclusion?

On the basis of global projection data that take into account the effects of the Fukushima accident, we find that nuclear power could additionally prevent an average of 420 000–7.04 million deaths and 80–240 [gigatons of carbon dioxide equivalent] emissions due to fossil fuels by midcentury, depending on which fuel it replaces. By contrast, we assess that large-scale expansion of unconstrained natural gas use would not mitigate the climate problem and would cause far more deaths than expansion of nuclear power.

So while the effects of toxic pollution on human health are terrible enough, a switch to natural gas wouldn’t even do much to prevent climate change over the coming decades. And that’s not even getting into the debate about whether or not fracking causes earthquakes.

Related:
Al Gore on the link between extreme weather and climate change

By now you’re probably asking what seems like the natural question: “What about renewable energy like solar and wind power?” Hansen does emphasize the importance of renewables in fighting climate change, but doesn’t believe they can supply the same dependability or scale that more nuclear plants would provide.

Whether or not that will be true as renewable energy technology improves is up for debate. Either way, we probably don’t have the ability at present to implement solar and wind power on a large enough scale fast enough to make a real impact on human health or the climate. So given the option between a planet that mostly relies on coal, natural gas, or nuclear power… which one are you willing to bet your life on?