Greener IdealHelping you live sustainably
More
Home News Energy The European Supergrid: How it can benefit the rest of the world 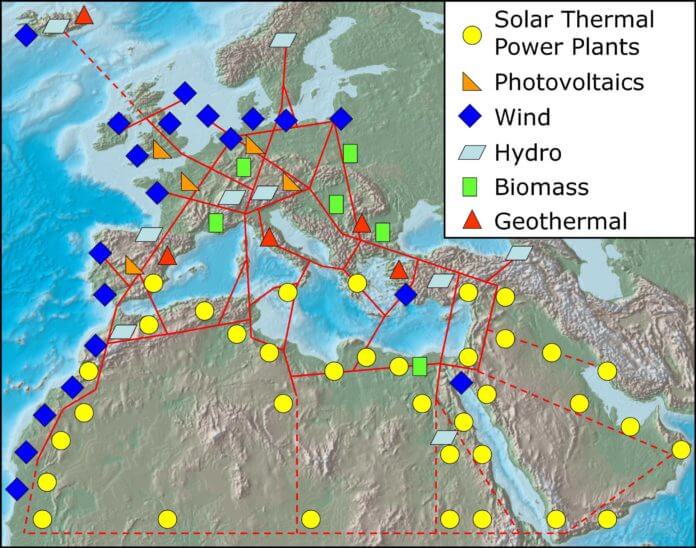 The European Supergrid is a project still in the works and is designed to provide huge amounts of benefits to European countries but how about the rest of the world? Read on to find out.

Defined as “a pan-European transmission network facilitating the integration of large-scale renewable energy and the balancing and transportation of electricity, with the aim of improving the European market,” the European supergrid is rather an ambitious project. By creating a unified system of electricity generation and transmission of various renewable energy resources, the EU supergrid can provide the following benefits for its member countries:

By 2050, the supergrid should be able to produce an unprecedented amount of energy for the whole of Europe relieving them of dependence from non-renewable energies to power their homes, businesses, government and educational institutions and others. But there are many challenges in the way of getting the supergrid started.

According to Ana Aguado, the CEO of friends of the Supergrid, there are three main barriers lying in the way of the supergrid. “A lack of the necessary strong political support at EU level, existing differences in the electricity regulatory frameworks of the Member States, and, as a consequence of the two previous points, a lack of incentives to investors.”

Apart from that, they also have to consider the design and construction of advanced and high tech renewable energy generators since they will be exposed to harsh environments, such as the huge wind turbines to be planted at the North Sea. Challenges that need to be overcome are the creation of ports, logistics, construction, generation, transmission, governance, and finance.

With production costs projected at around £500 million (US $807.9 million), gathering the funds for it needs a lot of backup from companies and support of the government. At the moment, the supergrid is still in its development and planning stages.

How could the rest of the world benefit from it?

From the challenges created of building a supergrid, opportunities arise. If this does push through, there will be a number of benefits that could be felt by the rest of the world. In terms of economics, it could help boost the demand for manpower and natural resources as building materials. One material that is crucial to the development and success of the supergrid is copper. Copper is needed to create the lines that will connect one country to another for the transmission of power. Right now, the biggest producers of copper is Chile and this could mean an improvement in their economy.

Of course there will also be a need for employment of skilled individuals capable of planning, designing, and building the supergrid.

Lastly, the EU Supergrid can serve as an inspiration and an example to other nations for succeeding in a multinational effort for the betterment of the environment and their respective countries. The supergrid is a large project that entails a lot of collaboration between countries which is a rather rare scene these days. If the supergrid does get implemented, it will hopefully inspire other nations to do the same.

While the rest of the world may not directly benefit from the EU Supergrid, it still has some positive effects. There is still a multitude of detractors who are pessimistic with the idea of a supergrid but if you look at it on the brighter side, they will only serve as reminders of the realistic problems that need to be faced by people involved with the development of the supergrid.

With the vision of the green and renewable energy industry, collaboration of various governments, and involvement of the people, the European Supergrid might happen.