Greener IdealHelping you live sustainably
More
Home News Energy Why Don’t We Have Solar Panels on Every Roof? 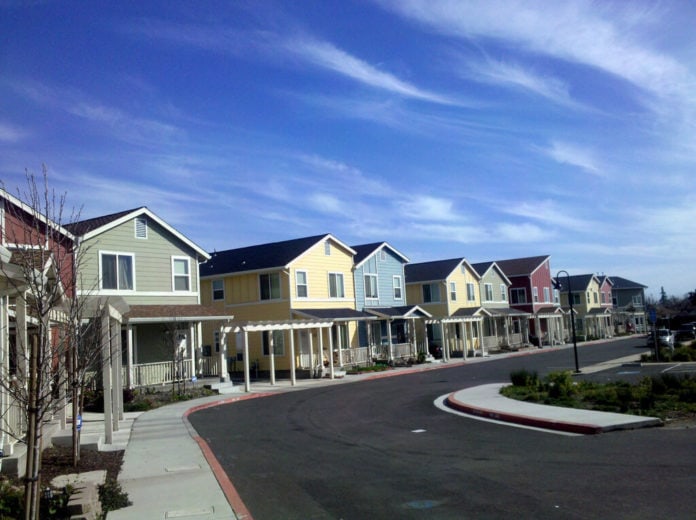 Solar energy from our Sun is constantly bombarding us, even at night – we just can’t see it because of our planet’s orbit and rotation.

So how come we don’t have solar panels on every rooftop harnessing the natural renewable energy of the Sun?

Not the cost to you, those costs have dropped significantly over the years as more companies start-up to compete for your solar installation dollars. And government programs across Canada, the United States and Europe lessen the financial burden of turning your roof into a green energy source.

It’s the lost money the electrical utilities lose, as you edge ever close to being off the grid.

And it is that massive electrical grid to blame.

A report from the Canadian Electrical Association, conducted by the Conference Board of Canada, claims it will cost about $294 billion over the next 20 years to maintain the nation’s electrical system. That’s an electrifying $15 billion every year, until 2030.

In the United States, the numbers are just as staggering.

According to the American-based Electrical Power Research Institute, it could cost $476 billion over the next 20 years to upgrade the States to their nationwide smart grid.

Keeping you and your neighbors on the electrical grid, doesn’t just keep you burning fossil fuels or smashing electrons together to generate nuclear energy, it also pays those billions of dollars needed to keep the electrical grid running.

The United States has the largest electrical grid in the world, with 3,200 utilities, connected to 2.7 million miles of power lines, selling about $400 billion worth of electricity annually – mostly from burning fossil fuels, such as coal.

With the billions it costs to maintain our electrical systems, you’d think we’d all have gone solar. Again, it comes down to money.

Regulators set the rates utility companies may charge their customers, based on the number of customers, the costs of generating the power and the costs of managing and maintaining the infrastructure that it takes to get that generated power to those customers.

However, when you install a solar power system, you effectively become your own utility company, and return excess power to the grid.

This means the utility company has to cut you a cheque for the power you generated. This is called “network metering,” and most utility companies hate it, because although they are rightly paying you for your added energy to their system, they still have to pay the billions to maintain the grid, which isn’t something you or your neighbors pay to use when you generate your own power.

This sort of logic is used by electrical utilities to justify raising their rates. They claim, the more people switching to solar, the more money they need to charge to cover the added cost of these independent power sources using their electrical grid.

Ironically, as electrical rates increase, people look for alternatives, so they are more likely to switch to solar power, another alternative such as wind, or even simply use less electricity.

Which means the electrical companies have to raise their rates even more, just to maintain their enormous infrastructure.

Electrical grids cost billions to maintain because they haven’t been ungraded much since Thomas Edison first invented the light bulb.

Americans are paying about 43 percent more to maintain the power grids than they did in 2002, yet the grid has become less reliable, with blackouts taking 20 percent longer to repair.

Power grid costs have risen twice as fast as the rate of inflation.

It doesn’t make sense to have enormously costly power grids. However, having your own solar generation capability makes perfect sense.

As solar panel technology improves, even in low light conditions, they are still able to generate power. And as the costs continue to fall to install solar power systems, from the increased competition of installers and from government incentives, we may live in a world where neighborhood blackouts never occur – because everyone generates their own power.

This isn’t too far from reality, according to Navigant Research, which monitors clean energy trends. They say worldwide revenue from the installation of solar power systems will climb to $112 billion annually in 2018.

Some areas of the States could see “grid parity” – when residential solar is equal in cost to power from a utility — within three years, and the rest could follow in a decade or less. Navigant released a report, that says by the end of 2020 solar will be competitively priced against retail electricity, without government subsidies, in a significant portion of the world.

So the future may be bright for solar, as we rid ourselves of the expensive power grids strung across our cities and towns.