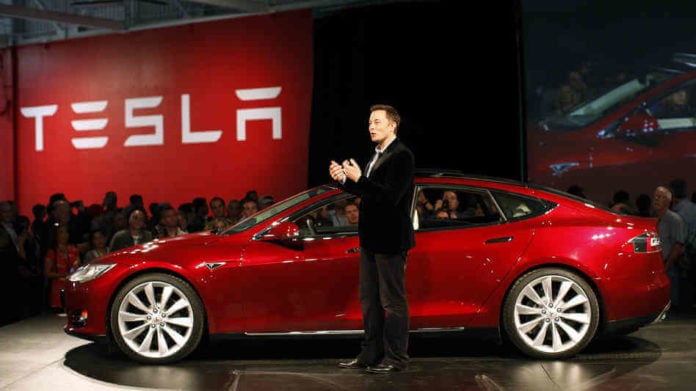 Tesla CEO Elon Musk has doubled down on his vision of car driving of the future.

During a conference call on its latest earnings announcement, Musk said he foresaw individuals sharing their electric, self-driving vehicles.

“The way things are obviously rolling towards is a shared electrical autonomy model,” said Musk.

People will “share their cars and be able to offer their cars as effectively — kind of a robo-Lyft or robo-Uber, sort of like a combination of Uber, Lyft and Airbnb type of thing,” Musk says.

Musk added that autonomous car owners will be able to rent out their cars to other users based on their needs and level of comfort.

“You can own your car and have 100 percent usage of an autonomous electric car,” he added.

“You can say it’s available generally to anyone who wants to use it when you’re not using it, you can recall it at will, you can restrict usage to only friends and family, or only users who are five-star.”

“This is like the obvious thing that’s going to happen,” the Tesla CEO says.

For all this to come to fruition, he explained, cars need to have “full autonomy”.

There also need to be a lot of fully autonomous cars on the road and a “software infrastructure” for cars and drivers to communicate, said Musk.

The CEO was hard pressed to give a time frame for when this vision would become a reality, because he doesn’t know when the industry will get the necessary regulatory approval for an autonomous future.

“The thing that’s tricky with autonomous vehicles is that autonomy doesn’t reduce the accident rate or fatality rate to zero. It improves it substantially,” says Musk.

Related infographic: Is car sharing for you?