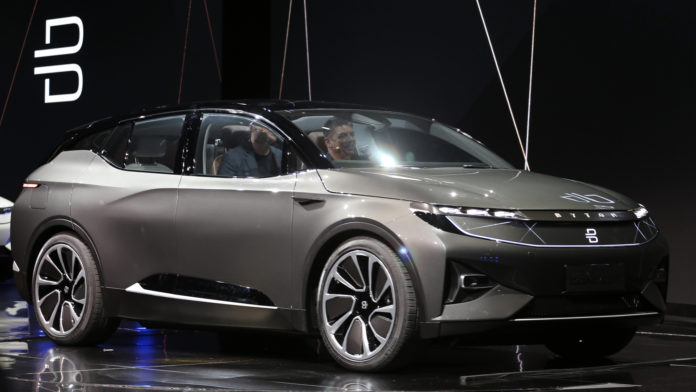 Byton, a Chinese EV startup company has announced the acquisition of $500 million after the completion of series B round of funding.

Byton said in a statement that the funds put them in a strong financial position as they come closer to achieving their goal to have massive production of electric vehicles by the end of 2019.

Founded by several executives from Tesla, BMW, and Nissan, the company is enjoying a generous investment from China’s largest state-owned auto manufacturers FAW, Tus-Holdings, and a major battery supplier CATL and many others.

The startup has a goal and desire to produce smart, all-electric vehicles, and plans to have the prototype of the car built by April next year.

At the same time, Byton opened their international headquarters in Nanjing, China, a Research and Development center in Silicon Valley, USA and a design center in Munich, Germany. The funds, according to Byton, will be used to ensure these centers run smoothly to enable the success of the EV mass production.

It’s worth noting that, FAW, being the leading investor in Byton after contributing half of the amount, could provide relevant expertise in the EV startup success.

Although Tesla introduced the electric vehicles to the world and produced them in significant numbers, Byton’s target is to build them in mass. The startup made its public debut at the CES 2018 in January, revealing its ultra-connected electric car concept.

Byton announced another major partnership in February this year with a major self-driving vehicle startup, Aurora. The corporation dictates that Aurora will power Byton’s autopilot features through pilot deployment for the next two years.

The base version of Byton’s EV will have a 71kWh battery that can run up to 250 miles once fully charged, and it starts at $45,000. There is a more expensive version of the base version – which Byton said nothing about its starting price, a four-wheel-drive, and it can travel 325 miles on a single charge.

According to the EV startup, the base version battery can recharge up to 80% in just half an hour.

Although the electric vehicle industry is quite expensive, with $500 million in the bank, it is more likely that Byton will manage a significant step towards achieving their target within their set time frame.