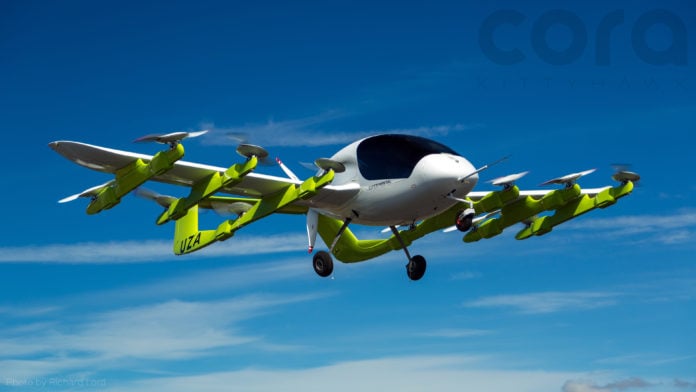 Autonomous flying taxis are being trialled in New Zealand – with the backing of Google co-founder Larry Page – and the hope they could be commercially available within five years.

It takes off and lands vertically so it doesn’t need a runway to operate.

The prototype is the concept of Zephyr Airworks, a subsidiary of Page’s company Kitty Hawk, which was one of two flying car start-ups he invested in 2016.

The company is now pushing ahead to making the flying taxis a reality after New Zealand regulators approved plans for Zephyr Airworks to develop and test the concept in South Island. 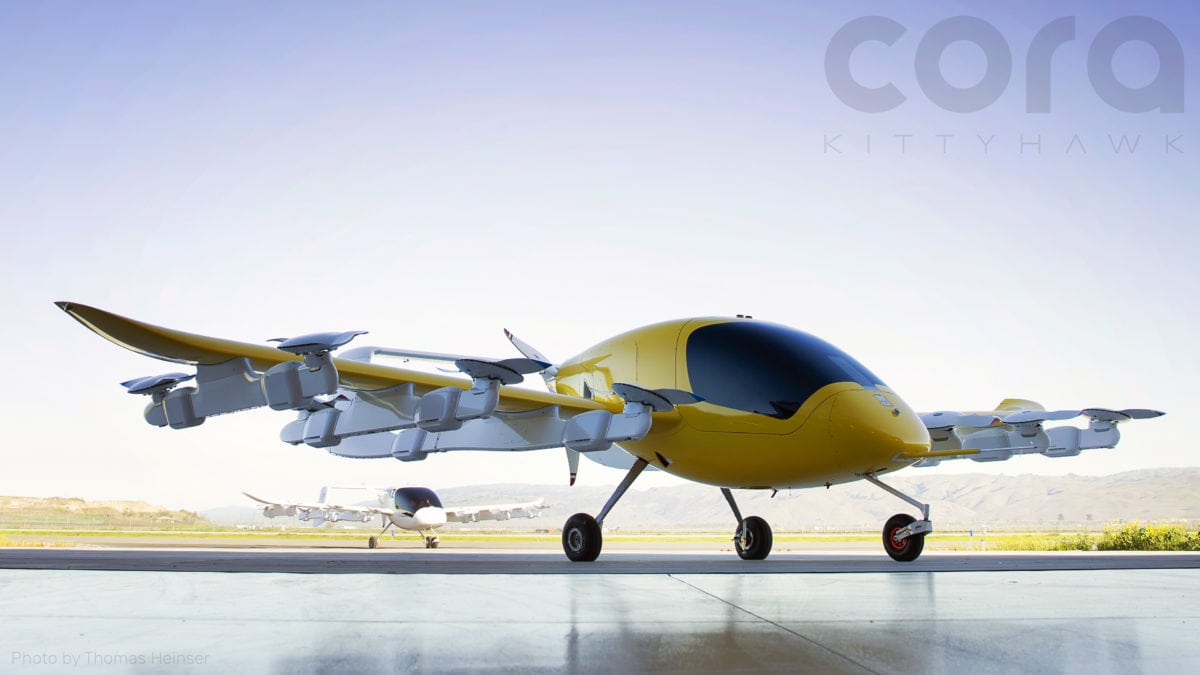 Cora, which can carry two passengers, is equipped with 12 small lift rotors on its wings, making it capable of vertical take-off and landing like a helicopter.

It runs with the aid of three onboard computers that run independently to increase safety, and the air taxi can deploy a parachute if faults develop. It has an 11-metre wingspan, tail and a closed canopy for passengers.

“We are offering a pollution-free, emission-free vehicle that flies dependably, we think this is the logical next step in the evolution of transportation.”

Cora is also said to be so quiet it can be deployed in urban areas, transporting and landing passengers on car parks or rooftops.

In a promotional video, Zephyr said air taxis would become as common as “air travel will be woven into our daily lives”.

The aircraft will not be offered for sale but the public must book trips like they would with an airline or taxi service.

Zephyr said it would operate similarly to a car ride-share – like Uber – and is reportedly working on an app so customers could hail the air taxis on their mobile phones.

The company is testing in New Zealand due to its relatively free airspace and rigorous regulatory environment.

Cora was given an experimental airworthiness certificate from the New Zealand Civil Aviation Authority and trialling will take six years.

Christchurch mayor Lianne Dalziel commented the aircraft was the evolution of the transport eco-system and “is kinder to the planet.”

Megan Woods, minister for research, science and innovation for New Zealand, said Kitty Hawk’s Cora fits in with the country’s aim of having net zero emissions by 2050.

Page remains chief executive of Google’s parent Alphabet, while the Kitty Hawk project is a personal pursuit and not part of Alphabet’s operations.

Flying taxis are also being trialled in Dubai, Chinese firm EHang is developing an all-electric passenger drone and Airbus launched the first successful flight of its self-piloted flying car in February.