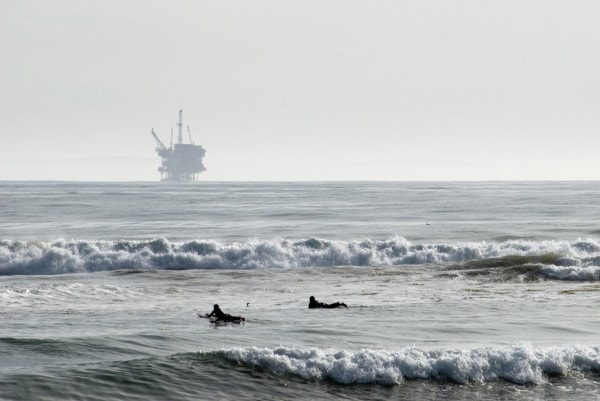 Any time you hear the mention of oil drilling, you know there is going to be a talk of its impacts on the environment. That talk becomes even more heated when it is about offshore oil drilling, because you are not only digging underground, but thousands of feet underwater as well.

In the process of recovering oil from the ocean floor, there are other toxic substances and chemicals that come up as well such as lead, arsenic and mercury that are often discharged back into the ocean. Additionally, the seismic waves that are used to locate the oil can disorient whales and harm sea mammals. For example, ExxonMobil recently suspended exploration efforts close to Madagascar after at least 100 whales beached themselves.

The infrastructure that is needed to drill wells and carry offshore oil can be just as devastating. For instance, a series of canals that was build across Louisiana wetlands for the transportation of oil led to erosion. Together with the damage of the marshland of the state resulting from drilling efforts, these canals have done away with an essential storm buffer, probably contributing to the harm caused by Hurricane Katrina. Petrochemical plants built nearby also add to the negative impacts.

The supporters of offshore drilling say that better government oversight and improvements in technology have made drilling intrinsically safe. In actual fact, offshore drilling has been reported to have a 99.999% safety record, since 1975. The amount of spills has gone down from 3.6 million barrels in 1970s to below 500,000 in the 1990s.

In reality, more oil spills into the USA waters come from municipal and industrial waste, and natural sources than from offshore gas and oil drilling. In regard to toxic chemicals, specialists say that most of them are at minor levels because discharges are regulated by federal and state laws. For instance, the mercury released is not enough to be taken up by fish.

However, detractors of oil drilling still remain unconvinced, despite the improvements. While offshore operations themselves might not cause as much leakage as they used to, marine shipping of the oil recovered accounts for 1/3 of the spills globally. The Mineral Management Service expects that there will be at least one spill annually of 1,000 barrels, or even more in the Mexican Gulf over the next forty years. A spill of at least 10,000 barrels can therefore be expected every 3-4 years.

And although the 99.999% safety record sounds good, that 0.001% can be pretty dreadful for people who live in the vicinity. For instance, a 1969 calamity at a Santa Barbara well spilled oil into the water and all over the beaches, making any possibility of impending access to this state’s offshore areas very unlikely. Similarly, the impacts of the renowned Exxon Valdez spill of 1989 are seen to date.

This controversy is sure to go on for a long time. While the proponents of offshore drilling insist that the practice will reduce the country’s dependence on foreign oil and lead to lowered gas prices, with little negative effect on the environment, detractors maintain that the oil found would have a small impact on domestic supply and prices, and would ruin surrounding ecosystems.

Jonathan works on behlaf of REL who specialise in oil and gas pipeline equipment, pit dewatering systems and more.