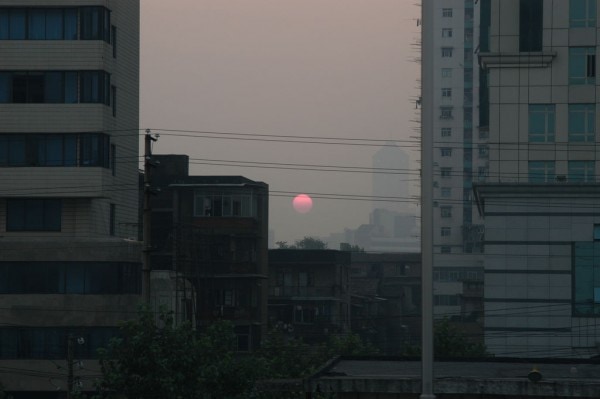 Ozone, water vapor, nitrous oxide and carbon dioxide (CO2) are a group of gases called greenhouse gases. Their primary function is to make the earth habitable.

Although CO2 has always been the most abundant greenhouse gas, it has become too plentiful in the earth’s atmosphere since the Industrial Revolution, contributing to an accelerated rate of climate change.

The rise of China in the 20th and 21st centuries has further expedited the rate of climate change due to its vastly increased carbon pollution.

What Are Carbon Emissions?

Carbon emissions is the term used to denote the carbon dioxide that is emitted in the process of burning fossil fuels.

Fossil fuels are ancient energy sources that were once organic life forms, dinosaurs for example, that have undergone millions of years of treatment by geological forces.

Fossil fuels have a very high energy density because they are carbon based, having had eons to compact and sequester carbon that is in the earth. When fossil fuel is burned, it releases its previously sequestered carbon into the atmosphere, where it mixed with oxygen, and forms CO2.

Carbon Emissions have come under fire from green advocacy groups due to their role in climate change.

Carbon pollution is pegged by green groups and scientists alike as one of the primary causes of the accelerated warming of global temperatures that have been grabbing headlines for the past several years.

CO2 is a vital gas for the habitability of planet earth. It is necessary for plant respiration. Plants intake CO2 and output oxygen, which humans rely on.

However, because of carbon pollution, there is substantially more CO2 in the atmosphere than ever before. This is exacerbated by deforestation, which means there are fewer plants to convert CO2 to oxygen.

A characteristic of CO2 is that it absorbs heat. With more CO2 in the atmosphere, more heat is absorbed by the sun rather than deflected back into space. Heat that is absorbed by CO2 is emitted to earth, which creates a rise in overall global temperatures.

China experienced economic growth during the latter half of the 20th and early 21st centuries on par with the Industrial Revolution in the West. As a result, China’s consumption of fossil fuels, and thus its carbon emissions, has increased dramatically.

In fact, China has become the largest producer of carbon emissions in the world, accounting for over 20%.

Having said that, China is far from the largest producer of carbon pollution on a per capita basis.

China has reduced its carbon emissions per unit GDP by more than any other major economy in the past 20 years. China is committed to becoming the world’s most green economy.

Related:
China burns as much coal as the rest of the world combined, data shows

It aims to increase the percent of green, non-fossil fuel energy consumption to 11.4 %, to reduce carbon pollution per GDP by 17%, and to energy per unit GDP by 16 %.

China is lauded by green groups for these aggressive benchmarks. This plan includes improved statistical accounting systems for carbon emissions, an increase in hydroelectric and solar power and a 4-fold increase in clean nuclear energy.