Greener IdealHelping you live sustainably
More
Home News Business “Green Energy” Companies Dropping Like Flies – What Does It All Mean? 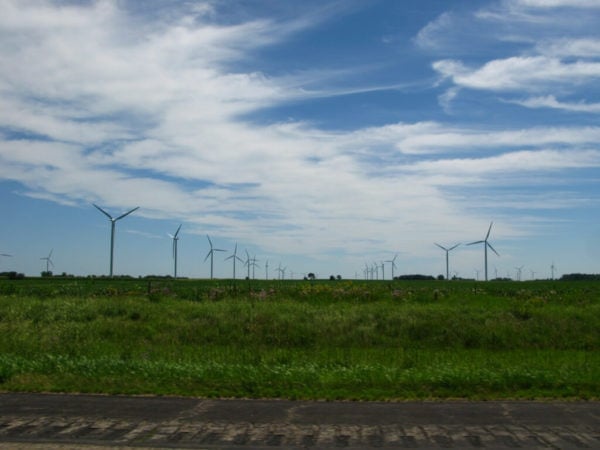 Many of us in the environmentally-aware community have read or seen with alarm the news reports about companies like Solyndra going bankrupt, automakers like GM pulling back on production of the Volt, and similar stories throughout the news cycle. What’s going on? Is green energy such a terrible product that companies just can’t make it in the marketplace, even with all that government help? Should we cube the Prius and go out shopping for SUVs?

Relax, at least to some degree. What we are seeing is not a collapse of the green energy industry, or even a failure of the products in the marketplace. The green energy field is doing quite well, thank you, and market research and sales figures both show that consumers have a strong demand for green products – despite the high-profile news that you’ve seen.

Let’s look at the companies that have failed, or have retreated from their original sales hopes. Who is really out there – or more accurately, no longer really out there? The news coverage has focused not on the green energy industry as a whole, but rather, on a set of companies that received Federal financial assistance in the form of grants, loans, loan guarantees, and so forth. Some recent reports have cited 16 companies that have failed or run into serious financial difficulties, including Solyndra, Evergreen Solar, SunPower, First Solar, Ener1, SpectraWatt, and others.

Here’s the thing. Those reports are not inaccurate, and – while many of them are politically motivated – they aren’t just unfounded hatchet jobs by people out to get the administration. At the same time, very few of the stories are telling the complete story. A lot of these companies were, in fact, badly managed. A lot of them appear to have been, at least in the early stages of investigations into what’s happening, funnels for moving government money to politically-connected donors. Where more-or-less innocent incompetence and bad decisions end, and deliberate malfeasance and wrongdoing begin, is still an open question, but it will not surprise this veteran observer of the political system to find some actual fire behind all the smoke.

Now that I’ve ticked off every liberal reader of this post, let me turn around and tick off their brothers and sisters across the aisle. The failures are real and the companies did do a pretty good job of looting hundreds of millions of taxpayer dollars – and that doesn’t matter very much, if at all, to the green energy picture.

16 companies that received government money have had financial difficulties or gone bankrupt, at last count, and I’m sure the number will go higher. But those 16 companies are not the majority of the firms that have received government help. There are almost 1,500 firms that received or are getting money from the Energy Department, from the various stimulus bills, and from the many other programs that fall into the big bucket of “government funds”. Those other companies – hundreds and hundreds of them – are thriving.

In fact, the green energy industry is experiencing something of a boom. You can argue – and many people would – that government funding of industry is going to inevitably lead to corruption and theft from dishonest companies and dishonest people. But to focus only on that part of the picture ignores all the companies taking that government funding (or, better yet, just using their own capital investments) and generating enormous growth in the green sector. How enormous?

Total global renewable power in 2005, excluding hydropower, had an installed base of 115 gigawatts (GW). By 2008 the installed base was about 200 GW. In the US, renewable energy production has grown at an average rate of 10% a year from 2009 to the present – an unprecedented level of growth that is largely being matched in other countries. Green power is exploding – the US Energy Information Agency estimates, credibly, that by 2035 more than a third of world power will be coming from non-fossil sources. A few solar power companies realizing they can’t compete with China, a car company that realizes the market just isn’t quite ready for its flagship, some run-of-the-mill political corruption – these are incidental factors when compared to the broad, indeed, overwhelming trend of massive investment in green energy worldwide.

The renewable future isn’t coming, it’s here – of course there are going to be some glitches and crashes, even some spectacular ones, as that reality comes into focus. But don’t be fooled – not by political partisans with an agenda of slowing down renewable’s encroachment on the fossil fuel markets, and not by political partisans who use green power as an excuse for patronage or kickbacks. Both of those things are natural and normal parts of our contentious political system – what’s important is that our power is increasingly coming from clean sources and lighting the way towards a much more sustainable future.