A recycling program called Extended Producer Responsibility (EPR) which has been popular in Europe for quite some time is starting to gain traction in the United States, and it could start a revolution in green business while diverting tons of recyclables from landfills.

The concept puts the onus of recycling costs back on the businesses who are creating the products, which in turn makes it in the company’s best interests to make the least wasteful designs and become as sustainable as possible. The most common place for EPR to be put in effect is with bottle producers (like pop bottles). So far, 10 states have enacted EPR laws that require bottle manufacturers to pay for the cost of collecting and recycling used pop bottles, in an effort to keep plastic out of landfills.

The history of EPR

While EPR is just catching on in the United States as a green business practice, it has been working successfully in Europe for quite some time. Its concept was developed by a Swedish professor named Thomas Lindhqvist in 1988 and it was first implemented in Germany as “Green Dot” around 1991, with similar green business EPR programs later spreading to 32 other countries.

How EPR is being done in Europe

The European Packaging Waste Directive (Europe’s EPR program) states simply that if you are a manufacturer of a product, and that product is sold in packaging, you as the manufacturer are required to “recover your packaging”. The original concept suggests that manufacturers would create their own recycling systems to collect their packaging, however now most European manufacturers pay a license fee into a program (such as Green Dot), which collects all products with a Green Dot logo on the manufacturer’s behalf. While it doesn’t make them a truly green business, they are financing the recycling programs that keep the packaging out of landfills.

How EPR could save North America from overflowing landfills

The thought of how much unnecessary plastic is currently sitting in landfills around the globe is sickening. But the institution of an EPR program like Green Dot in the United States could help divert any more unnecessary plastic and packaging for years to come. By forcing businesses to pay an upfront fee for the eventual collection and recycling of their products, much more advanced recycling programs could be implemented in communities, while saving tax payers’ money.

And this is just thinking of what an EPR program could do for plastic and regular packaging. If a program like EPR were implemented with electronics, printer ink cartridges, and other hazardous materials, our planet would be much better off. If you live in the U.S., consider writing a letter to your Senator or Representative urging them to consider an EPR program in your area (here’s a quick guide on best practices to do so). It may make a difference in the ongoing battle to implement these laws.

To learn more about EPR and the current state of recycling in the United States, be sure to check out E (The Environmental Magazine)’s current issue by clicking here. 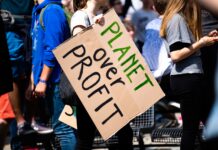 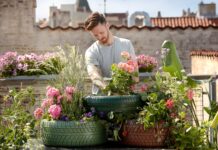