People looking to try and reduce their environmental impact are looking to the products they purchase, and trying to reward the corporations that provide them with the most effective environmentally-conscious products. This creates a huge incentive for consumer product companies to create these products. Or, unfortunately, say they have.

Greenwashing is the practice of spinning products and product descriptions to be environmentally-friendly, when often they are decidedly not. Such spins may be exaggeration, confusion, or obfuscation, though they are seldom outright lies.

When a car-maker advertises its latest behemoth SUV with “best fuel economy in its class” that’s greenwashing. So is touting a brand of cigarettes as “all-natural”.

The environmental marketing company TerraLogic released a study in 2007 called “The Seven Sins of Greenwashing.” These “sins” are:

The Sin of Hidden Tradeoff – Promoting a single green factor of a product without any attention to other important issues. An example could be energy-efficient electronics, while the device contained hazardous materials, or was created with hazardous materials involved in the process.
The Sin of No Proof – Unsubstantiated claims. For example, claiming a product was not tested on animals, but with no third party certification .

Sin of Vagueness – Poorly defined or overly broad claims, such as “chemical free” or “all-natural”.

Sin of Irrelevance – A claim that may be true, but is either unimportant or otherwise irrelevant. For example, claiming that a product is “CFC free” is irrelevant because CFCs have been outlawed since the late 1980s.

Related:   Is Switching to “Green” Palm Oil Even Possible?

Sin of Fibbing – Claims of certification that are false. Thankfully rare.

Sin of the Lesser of Two Evils – A claim that may be true, but distracts from greater environmental impacts. A laundry detergent with the claim of recycled packaging does little to address the issue of the package’s phosphate-laden contents. And while the cigarettes cited above may be made with natural ingredients, it doesn’t change the fact that they are fundamentally unhealthy.

While government regulators occasionally crack down on the most egregious of these false claims, consumers need to educate themselves about what being “green” really is, and whether a claim is substantiated. One important thing to look for is the presence of some third-party certification, such as EcoLogo or GreenSeal, which proves the claims regarding the product are substantiated.

In order to help protect the environment, we need to be aware of what materials we are consuming. The use of greener products is a significant part of that quest. However, in order to make the most informed choices, we need the producers to be honest in their labeling. Better yet, as we move forward, we need the companies to create genuinely green products. The practice of greenwashing is about making money, not about helping the environment. 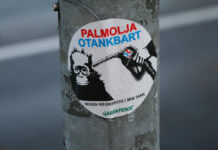 Is Switching to “Green” Palm Oil Even Possible? 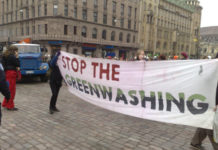 Green Products: Are You Green, How Green, And Who Says So? 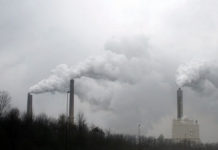 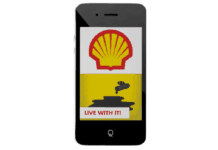 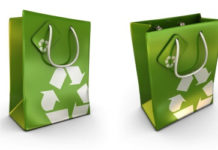