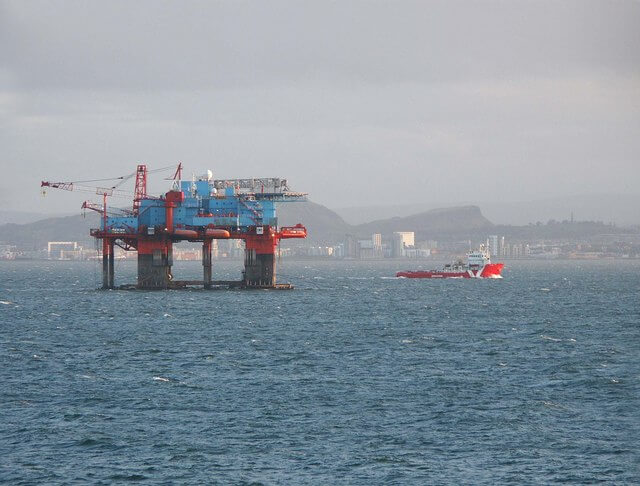 It will mostly likely be years before the attorneys at BP are done cleaning up the legal mess that is the Deepwater Horizon disaster, but in what United States Attorney General Eric Holder says is a “critical step forward,” today the British Oil company agreed to a deal with the U.S. federal government in a pending criminal case. According to a number of reports coming out late on Thursday, BP has agreed to plead guilty to the charge of felony misconduct, and as a result, pay $4.5 billion in penalties to the federal government.

In addition, the company has also agreed to plead guilty to a felony charge of obstructing Congress, 11 felony counts associated with the 11 deaths that occurred as a result of the explosion, and two other misdemeanors. BP will also be placed on probation for five years, and for the first four of those years, they’ll be under the supervision of government employees. As far as individual penalties go, the two highest ranking BP officials on board the Deepwater rig are being indicted for 23 criminal counts—some of which are manslaughter.

Included within the $4.5 billion in penalties is a $1.26 billion criminal fine, which is the largest ever in the history of the United States—appropriate, some would say as the same can be said about the oil spill itself. Over a period of almost 90 days, the BP well gushed approximately 5 million barrels of oil into the Gulf of Mexico. In comparison, the Exxon Valdez spill is only estimated to have released 257,000-750,000 barrels of oil into the Prince William Sound in Alaska.

Obviously this is not the end for BP in terms of lawsuits. Currently, BP is the defendant in a number of civil matters brought by the United States federal government, plus several states bordering the Gulf of Mexico. They have already settled a class action suit brought by Gulf Cost citizens and businesses for almost $8 billion. In their civil suit against BP, the federal government is apparently seeking to prove BP was “grossly negligent” in the construction of the Deepwater Horizon rig.

If they can, the door will be open not just for compensatory damages for the harm BP caused, but for civil punitive damages intended to punish the company as well. BP will likely contest the gross negligence claim to avoid the imposition of punitive damages, which in the United States are typically extremely high.