U.S. officials are coming down hard on advertisers who try to entice customers with promises that their products are “green”.

The Federal Trade Commission is the U.S. body that enforces rules against deceptive advertising. According to Reuterse, the commission warned companies that they should make environmental claims (such as “compostable”) for their products only if they can prove that they are true and if they are significant.

Environmental and consumer groups have become wary and frustrated over false advertising. This is particularly the case when companies advocate products as good for the environment when they’re actually not.

Reuters reports that the FTC is urging advertisers to stay away from terms including “green” or “eco-friendly” on the grounds that broad claims are extremely difficult to prove.

The news agency quotes FTC Chairman Jon Leibowitz. He says the guidelines, which were last revised in 1998, will bring a significant change to the marketplace: “Most marketers are honest. They’re not in the business of lying to consumers.”

But not everyone agrees. Critics reportedly say the FTC framework leaves advertisers a huge hole by declining to take up the claim that a shampoo or soap is “natural”. That’s because it’s the Food and Drug Administration that regulates personal care products.

Reuters quotes Urvashi Rangan of the Consumers Union: “We just think that is so deceptive and misleading. Those kinds of claims are very pervasive on the market. We asked them to address it and they didn’t.”

Under the FTC’s new guidelines, the commission can go after companies whose claims are literally correct but misleading. For example, Reuters explains, a correct, but misleading, claim could be when a company says it has doubled the recycled content of a product — when that content has gone from 1% to just 2%. 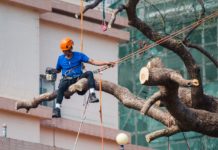