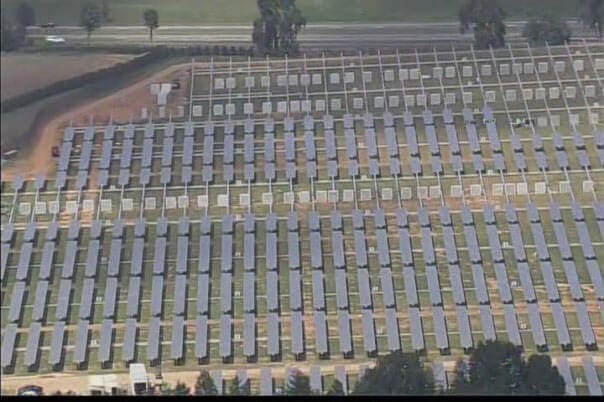 With a multi-billion dollar budget that keeps Apple afloat, it is no doubt the software giant’s ecological footprint is probably a big one. But the company is looking to ease that footprint when a massive solar farm in the U.S. goes online.

The aerial images were captured by WCNC-TV and published by GigaOm this week.

The farm is located adjacent to Apple’s data centre in Maiden, North Carolina, that powers iCloud.

AppleInsider.com reports that the 100-acre solar farm will be the largest of its kind in the United States once it becomes operational. The website goes on to note that the photos show only one of the solar farms that Apple is planning. A second facility, also 100 acres, will also be located a few miles away. 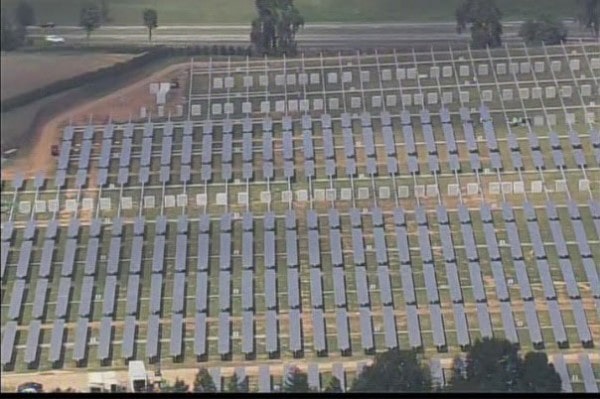 Together, the solar facilities will reportedly supply 84 million kilowatt-hours of clean, renewable energy annually. AppleInsider says the solar array will allow the data center to use 100 percent renewable energy by the end of this year.