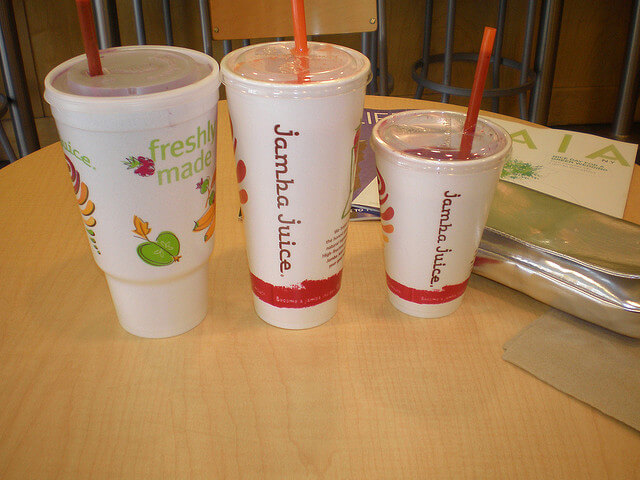 Now this truly is a heartwarming story that goes to show how a little effort can go a long way. Ten-year-old Mia Hansen, with a little help from her mother, started a  Change.org petition to get Jamba Juice, a smoothie franchise, to quit styrofoam. Mia collected more than 130,000 signatures and got Jamba Juice to make a change: The company has agreed to phase out styrofoam by 2013.

On her petition page, the ten-year-old pleaded her case and shared valid reasons why Jamba Juice should make a change:

I’m 10 years old and when I was at Jamba Juice a couple of weeks ago, I ordered a smoothie and they gave it to me in a styrofoam cup! The person behind me ordered yogurt and they gave her yogurt in a styrofoam container, too. That’s just ridiculous. It bothered me so much, my mom encouraged me to start a petition.

Styrofoam takes so long to break down into the Earth. In the ocean, several animals think that this product is food, so when they go to eat it, the styrofoam can kill them!

Also, did you know 57 chemical by-products are released during the creation of styrofoam? That is a lot of chemicals to safely dispose.

Jamba Juice does not use styrofoam cups in some cities where the city doesn’t allow it, like Seattle. If they do that there, they can do it everywhere!

The truly impressive part is how swiftly results were seen. In a matter of three weeks, Mia received a response from Jamba Juice, who called her on the phone and sent a letter vowing to switch to an “environmental alternative” by the end of next year. How often is it that a company is so responsive and willing to make a change for the better?

Your words made me feel so good. It made me feel like anyone of any age in any country can really make a difference in the world. Jamba Juice responded to me within three weeks of starting this petition! I spoke with them on the phone and they just sent me a letter that says very clearly that they will not have polystyrene cups in any of their stores by the end of 2013. Can you believe it??!!! Thanks, again, guys — We Won!!!

I, for one, was thrilled to hear that my favorite smoothie chain was making such a positive change. This just makes me love Jamba Juice even more than before–not only did they list to their customers but they were so efficient in responding. And, needless to say, Mia also deserves some major props for not only being frustrated by the use of styrofoam, but also doing something about it. 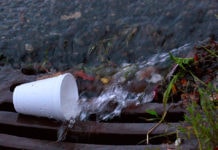