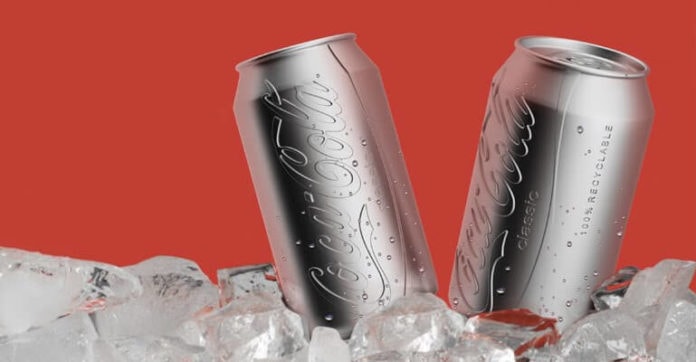 It’s one of those things you probably take for granted, but the process of recycling aluminum cans is made more difficult with the use of colors, like those found on the outside of a can of Coca-Cola, for instance.

Not only that, but the process of applying the colors in the production of the cans also requires a lot of water, and can result in pollution to both the air and water around the facilities.

An environmentally-minded designer named Ryan Harc realized that objects we use in our daily lives, like soda cans, would be more eco-friendly if they didn’t have coloring on them, and created these mock-ups of how a colorless can of Coke would really look. 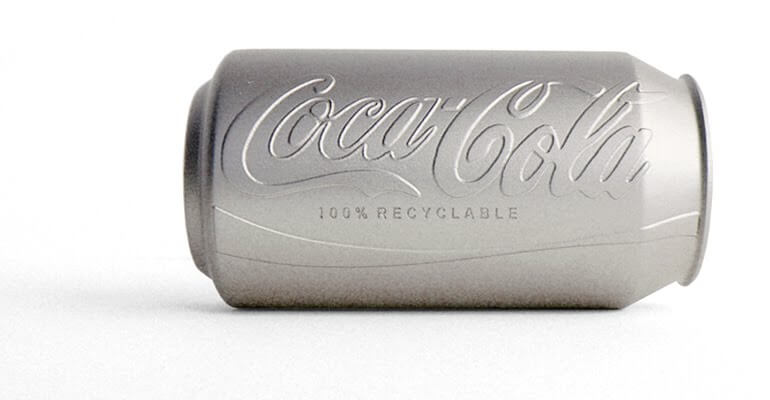 Ryan points out that it would reduce the energy required to produce the cans, as well as that which is required to separate the toxic color paint from the aluminum during the recycling process. Plus, we would save a ton of paint if the logos and text on the cans were pressed into the aluminum, rather than painted on.

Aluminum cans are one of the most recyclable items we use as it is, illustrated by Pepsi’s Have We Met Before? campaign which explained that 40% of aluminum cans are made from recycled materials. But by incorporating more environmentally conscious elements in the manufacturing process upfront, there would be even greater benefits to using and recycling things like Coke cans.

What do you think – would you prefer to drink from a can that had no paint, in order to benefit the environment?

Related:
Everything You Need to Know About Plastic [Infographic]