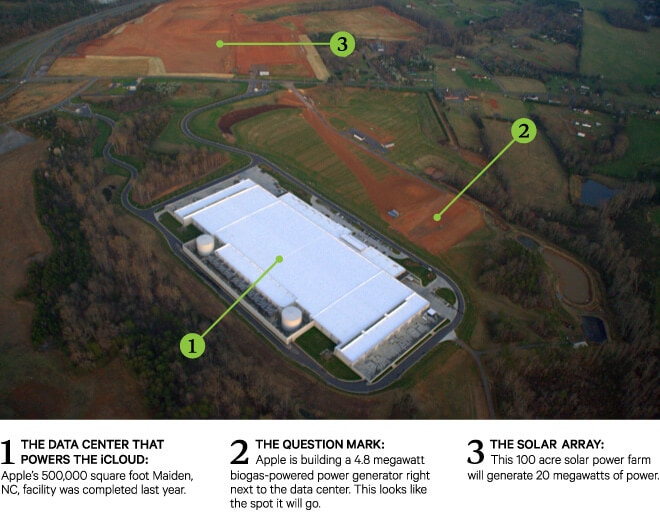 Now that Apple‘s massive North Carolina datacenter is online, and it’s powering the business’ iCloud service, many are curious about what is going to be done with the adjacent areas of land that have been cleared for some type of construction. Some suspected it was for another datacenter, but according to aerial photographs taken by Wired last month, it appears Apple is instead planning to build alternative energy facilities to power iCloud.

Based on the photographs and Apple’s permits for a 21,030 sq. ft building, it looks like this is the location for Apple’s 4.8 megawatt biogas fuel cell facility, to be powered by Bloom Energy Servers.

Additionally, the 100 acre area across the road (#3 in the image above) has just been cleared for construction of something else, which is presumed to be a 20 megawatt solar array.