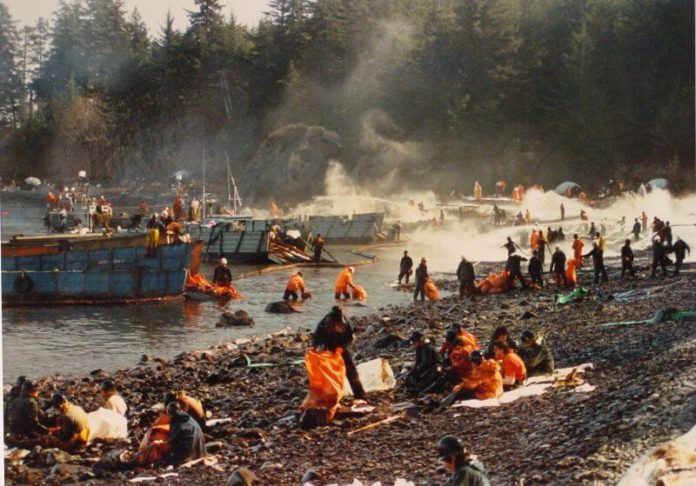 Images of oil-drenched birds being hand-washed by people covered in protective gear are all too common. Many remember when the Exxon Valdez oil tanker hit a reef in Alaska in 1989, spilling over 11 million gallons of crude oil into the natural habitats of Prince William Sound.

More recently, vivid images remain online from the massive British Petroleum (BP) Deepwater Horizon oil rig explosion in 2010, which left a remote underwater well gushing 4.9 million barrels of oil into the Gulf of Mexico by the time it was capped 87 days later.

Initially these business leaders deflected the blame and hid from the press. It wasn’t until images of environmentalists in hazmat suits hosing down oil-blackened ducks and baby seals starting showing up on televisions around the world that the Exxon Mobile executives started to act like leaders, and took responsibility for their company’s actions.

British Petroleum’s CEO Tony Hayward, obviously had better advisors. He initially did the right thing, donning a construction worker’s hardhat, apologizing for the oil spill, and walking the media – and the world – through their plans to make things right. Unfortunately, BP’s initial plans for sealing the deep ocean oil well didn’t work, and after the crisis, the CEO lost his job because his announcement of repeated attempts to stop the oil spill made the company look foolish, and irresponsible.

Anyone who runs a business of any kind knows the last thing you want is the world’s media showing you as an irresponsible fool. An environmental crisis can be a company’s biggest nightmare, because the impact can be so far reaching, and because our society is more aware and concerned with issues affecting our planet.

Image is everything. The average North American is bombarded with between 3,000 to 5,000 ads per day, and as we spend more time on our mobile devices that number is likely to increase. Although we tune out many of those ads, they still affect us. Or rather, it’s the messages they send us. Public relations is all about communicating specific messages, to influence our way of thinking. Just how easily can you be influenced?

The benefits of having a good environmental public relations agency can impact the purchasing habits of most of us, as green PR aims to promote companies and their products and services as making the world a better place.

Home Depot has donated tools, equipment, even people – some the company’s own employees, volunteering their time – to plant trees and build parks in the communities where they have stores.

Other big and small companies have followed suit, putting their brands behind environmental actions and causes, to make the world a better place, to earn your business. And it doesn’t hurt to have a good environmental public relations agency on your side, in the event something goes dreadfully wrong either.

This article is published in partnership with Pelican PR, an environmental public relations firm based in the United Kingdom.