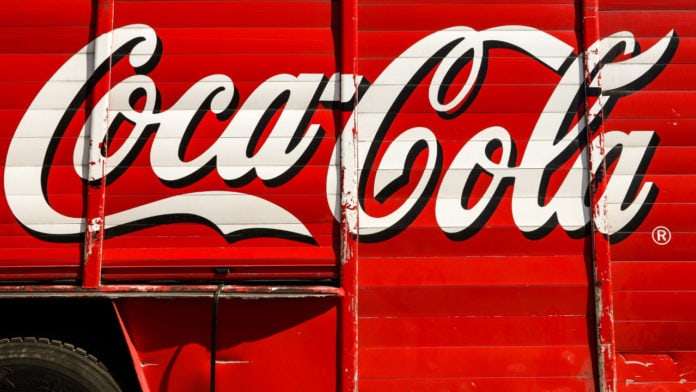 The reason why The Coca Cola Company is a capitalist’s most profitable dream come true is based on four essential corporate motives. The first is obviously financial; and, according to Wikipedia, the award winning documentary film The Corporation, had this to say about the sinister machinations of a Global Corporation that is more interested to grow and expand by any means, based on their desire and drive for profits, rather than the health and welfare of the people they so posturingly profess to serve; and including, the resultant anti-health and anti-environmental consequences of their deliberately contrived corporate ‘anti-human and anti-environmental’ policies.

“The Corporation is a 2003 Canadian documentary film written by University of British Columbia law professor Joel Bakan, and directed by Mark Achbar and Jennifer Abbott. The documentary examines the modern-day corporation, considering its legal status as a class of person and evaluating its behavior towards society and the world at large as a psychiatrist might evaluate an ordinary person. This is explored through specific examples. Bakan wrote the book, The Corporation: the Pathological Pursuit of Profit and Power, during the filming of the documentary”.

Noam Chomsky said it best, “They serve their stockholders and not their stakeholders”. In fact, corporations are required by law to make their financial interests more important than any other competing and perhaps, ‘people’ or ‘environmental’ interest. This is their most basic mandate…Profits!

The film critically as well as humorously examines the legal and limited liabilities of a corporate entity, as an entity unto itself-as a distinct person, not ethically or morally bound to anything or anyone; and, its intrinsic and psychologically assessed ‘psychotic and socio-pathic’ tendencies towards its own customers, and our environment.

Pathological can easily be understood as involving or caused by a physical or mental disease or illness. Grading the corporation as a severely mentally disturbed person by means of a psychiatric checklist that he developed, Dr. Robert D. Hare gives his psychological profile of a corporation. With eye-opening candor and fact, a corporation is seen as a highly dangerous and destructive force towards society.

This illuminating and engaging video excerpt can be viewed below…

“He is professor emeritus of the University of British Columbia where his studies centered on psychopathology and psychophysiology. He developed the Psychopathy Checklist (PCL) and Psychopathy Checklist Revised (PCL-R), used to diagnose cases of psychopathy and also useful in predicting the likelihood of violent behavior. He advises the FBI’s Child Abduction and Serial Murder Investigative Resources Center (CASMIRC) and consults for various British and North American prison services”.

The next most critical component of their corporate mandate has to do with their steely grip on the reigns of their global empire, and their obsessive and continuous compulsion to create, manage and maintain a flourishing multifaceted, multinational, diversity of products and holdings.

“Now, Coca-Cola, the leading beverage brand in the world, realizes it’s losing the information war and is trying to shift your attention to its 180 different no- and low-calorie beverages. Well, this certainly is NOT going to address the obesity problem. On the contrary, artificial sweeteners have been shown to produce even MORE weight gain than regular sugar and even high fructose corn syrup”.

A divide and conquer approach to controlling the media message with a posturing campaign against obesity; when their own syrupy and artificially sweetened products are one of the major causes of obesity! This media deflection is a PR move designed to baffle our minds and choices, with their overwhelming diversity of sugary, low-caloric, and ‘healthy and natural’, yet, furthest from being ‘organic’ liquid refreshments.

In India, “Demonstrating that within multinational corporations “environmental laxity is more the norm than the exception,” Blanding discussed three case studies in which Coca-Cola factories were accused of taking water away from local community sources and infecting their leftover reserves with illegal levels of pesticides and metals”. On some lands in India, their water draining operations have actually caused a collapse of the land due to the extraction of too much water from below the ground.

You may ask yourself, is there no stopping this unaccountable corporate behemoth of unlimited greed and power? Well thankfully, there are too many organizations and individuals to list in this article alone. In fact, there are many campaigns and from many fronts, trying to hold Coca Cola accountable for their devastating environmental insults to the people and places within our fragile planet.

Part 2 of this article will further examine the other remaining key reasons why they continue to fight for growth and profit at the expense of our frail and limited physical resources. In my next installment, you will see firsthand, from just one out of dozens perhaps even hundreds of other anti-Coke websites, that fatally exposes ‘Killer Coke’ for their devastating and lethal, environmental degradation and destruction. Please stay tuned!