Last week, history was made on Roosevelt Island in New York when the world-famous building known as The Octagon became the first building in New York State to be powered and heated by a fuel cell.

The Octagon, originally designed by Alexander Jackson Davis, opened in 1841 and was known as a pinnacle of architecture in its day. In 2006, the building was completely restored, and turned into a green building from top to bottom, achieving Silver LEED Status. The Octagon features 500 apartments, which will now have the additional luxury of being powered by clean energy from a 400 kW fuel cell provided by UTC Power.

The 400 kW fuel cell is a combined heat and power system (known as CHP). This system works by taking in natural gas, and converting it to heat and electricity through an electrochemical process that requires no combustion. The CHP power generation system is incredibly efficient, with very few emissions released. Although the fuel cell generates heat during its conversion process, it is all captured and reused to heat the apartments in the building.

The future of green building technology

“multifamily residential buildings represent a perfect – heretofore uncultivated – opportunity for fuel cell technology because of their ability to continually utilize the fuel cell’s process heat in the form of hot water and space heating demand.”

The Octagon is certainly a great example of how modern green building techniques can be used to reduce the environmental footprint of living spaces. Let’s hope fuel cell power in residential building gains popularity across the world. 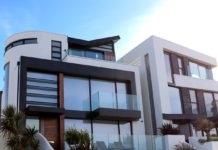 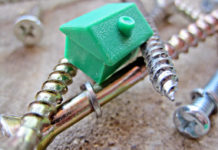 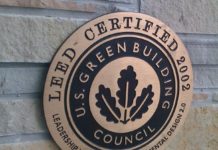 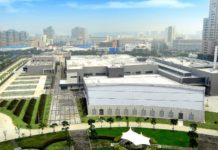