For anyone with access to Google Earth, take a look at a typical city core, with its mountains of skyscrapers. Notice the predominant colors. It’s a sea of grey, with the occasional splash of green from a tree or small park on the street. The roofs are grey, empty, and barren.

Now imagine those roofs green and alive, and you have the start of the Green Roof movement. Modern green roofs first appeared in Germany in the 1960s, though living roofs, like Scandinavian sod roofs, have been in use for many hundreds of years.

A green roof, in the modern sense, refers to a rooftop that that is partially or completely covered with dirt and vegetation. These rooftop gardens can also include ponds or other water features.

There are two broad categories of green roof: intensive, and extensive. Intensive roofs have a thick soil base, and usually require quite a bit more work than extensive roofs. An intensive roof often grows a wide variety of plants, and can include kitchen herbs, decorative plants, shrubs and even small trees. Extensive roofs, on the other hand, have thinner soils, and much less variety of plants. The plants are chosen for their hardiness, and require little or no maintenance.

These designs are not merely decorative, though that can be a consideration, but rather have a serious purpose, even a multitude of purposes.

Many green roofs were installed to deal with storm water runoff. The vegetation and soils absorb the water, and then later release it slowly through the plants. This has the side benefit of cooling the building on hot days. The increased thickness of the roof allows for savings in both heating and cooling of approximately 25%.

Another benefit, related to this, is the reduction of the “urban heat island” effect. In city cores, temperatures are often 2-4 degrees higher than in the suburbs outside of the city. Concrete and roads absorb and retain a great deal of heat, much more than any greenspace. While curbside tree planting is the best way to reduce this heating effect, the bare roofs of buildings are much more available.

In addition to providing heating and cooling benefits, green roofs can also provide a barrier to noise pollution. The thick layer of soil and vegetation is very effective at blocking out sound. Green roofs can also provide animal habitats, though insects and other invertebrates are the most likely to benefit. Them, and the birds that feed on them.

Some intensive gardens are also used for food production, especially for herbs and spices. The Fairmont Waterfront Hotel in Vancouver used to grow herbs, flowers, and vegetables on its intensive green roof, saving the hotel’s kitchen an estimated $30,000 a year.

Green roofs are widely becoming recognized as an effective way to combine several streams of urban environmental management into one. The City of Toronto has mandated green roofs in all new construction over a certain height, Chicago actively encourages green roofs, the city of Austin Texas supports a desert version , while in Switzerland green roofs are mandated by law.

Green roofs are not as popular in North America as they are in Europe, but they are being increasingly recognized as a viable option for urban structures, and the practice is expected to increase as costs decrease. Over time, perhaps that Google Earth image will become green.

Related:   3 Home Updates for Those with a Green Heart 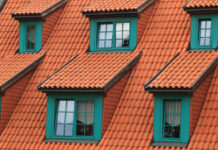 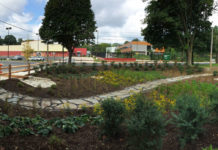 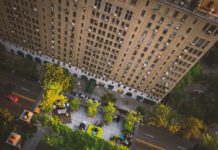 How to Turn Your Roof into a Model of Green Living 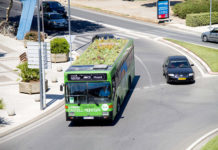 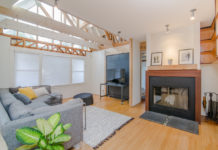 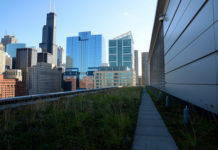 The Case for Green Roofs