With the introduction of “smart grid” technology, much of the attention has been focused on how new products will help households become more energy efficient. And while consumer-based smart technologies are great tools to help the everyday person reduce their carbon footprint, it is even more impactful when used by industries on a large scale. The building industry is one that is now adopting technologies that allow them to be far more energy efficient, without any additional efforts, with the use of wireless connected devices. The result is (appropriately) being called a “smart building”.

Now, a new report from ON World indicates that there will be 100 million smart building wireless sensor devices in place by 2019 – an 1100% increase from 2011. Two of the main applications for wireless sensor networks is with a building’s lighting fixtures and heating/cooling controls, which combined are one of a building’s biggest expenses and sources of unnecessary energy consumption. In a smart building, lights and temperature controls would be connected to a wireless network and could either be controlled remotely via a computer or a mobile device, or completely autonomously, turning on or off when someone enters an office or needs to use a particular device.

But in order for these controls to be worthwhile from the perspective of energy consumption, they must use less power to operate and execute their actions than what would otherwise be consumed from leaving devices on standby, which is becoming a challenge, but one that many manufacturers are tackling head on with controls that are smaller and more energy efficient than ever before. Some are even so small they can be powered by a simple coin cell battery.

You can see the full breakdown at the following link: Top 10 Smart Building Myths—Busted

Regardless of what is being said about smart buildings now, by the end of the decade we will all be familiar with them and, with it, living in a much more energy efficient society. 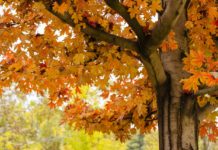