With rapidly growing human populations occupying more and more places on the planet, cats are being brought to areas where naturally occurring animals may not be adapted to handle these feisty felines. Wherever cats are present they have immense impacts on nature. So what can we do to limit the effects our purring pussycat may have on natural systems? This article tackles some of the issues, and offers advice on what to do.

Breaking down the basics

When people think of cats, they generally consider a fluffy furball curled up on a couch or in front of a fireplace. However, domestic cats can be grouped into three categories according to where and how they live.

Scale of the problem – How many cats are there?

Estimating global cat numbers is a difficult and often impossible mission, as in most countries cat owners are not required to license or even vaccinate their pet feline. This makes counting these animals problematic. It is estimated that the US alone has over 100 million domestic cats, with Europe (including the UK) contributing another 50 million to this total. And this value does not even include the strays of feral cats. In almost all cases, cat numbers are usually underestimated, but never the less disturbingly high.

Related:   Pets-ticides – the 5 products to avoid

But what is the problem here?

Even though your feline friend may seem like a harmless ball of fluff, cats are highly efficient predators. Cats were predominantly domesticated in order to control pests such as mice, rats, birds and snakes. Only relatively recently have they been bred solely for their beauty. Like their wild ancestors, domestic cats are very well adapted to the killing of small mammals and birds.

Cats may also travel several kilometres at night in search of prey. They have excellent eyesight, hearing and sense of smell and can find their prey by following scent trails. They are also very good climbers, as they are equipped with four sets of retractable claws. It is estimated that in the US, cats kill over a billion small mammals and hundreds of millions of birds each year. Studies conducted around the world on domestic cat’s impact on wildlife populations, show that their effects are enormous, especially on endangered animals.

Adding to the problem

Not only are domestic cats built for the kill, but they differ from other wild predators in five ways:

Related:   Feathers, fur and fins: The ugly side of the exotic pet trade

Are their killing habits their only bad behaviour?

Apart from preying on small mammals, birds, reptiles and amphibians, domestic, stray and feral cats impact on the environment by:

What can be done?

There are eight key actions we can take to try and limit the effect cats have on wild animals.

Cats come in many colours, but they are not very green. Their natural ability and desire to hunt has a significant impact on small animals populations in both urban and rural environments. One of the most important questions a cat owner asks themselves is whether their feline friend should be allowed outside. Many think that their animal would not be happy cooped up indoors all day and night, but researchers and animal behaviourists suggest that this is just fine. By ensuring that you follow the eight actions offered above, you become a more responsible cat owner, and your feline friend becomes a little more eco-savvy too. 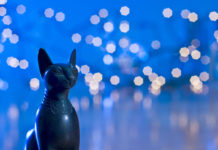 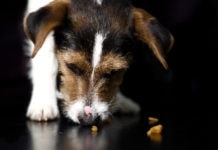 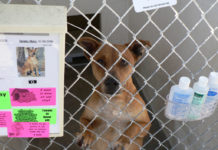 Open Your Heart to a Shelter Pet This Valentine’s Day 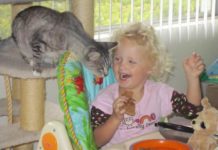 The things they leave behind: Thoughts on losing an animal companion

A green solution for picking up dog poo