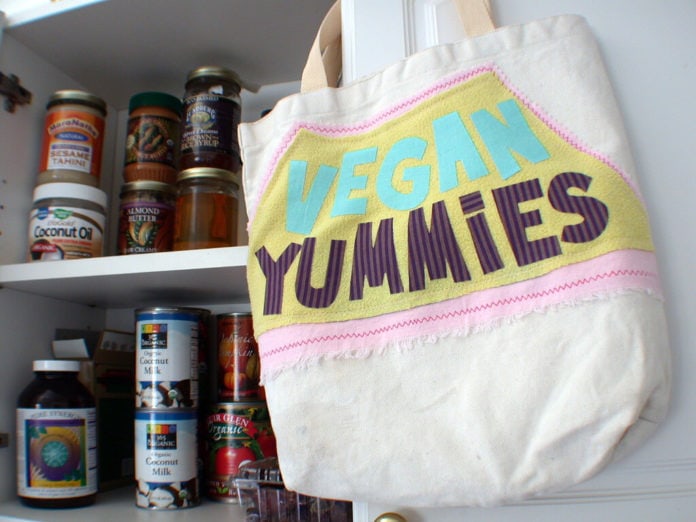 “Please, don’t you rock my boat. ’Cause I don’t want my boat to be rockin’.” Bob Marley

As cool and laid back as I’d like to be known, I have slowly come to the realization that I am the biggest party pooper around.

As my oldest daughter’s fourth birthday party approached, I decided for the first time to not offer any dead body parts or animal excretions to my guests. I felt a bit insecure at first, not wanting my daughter to suffer any unhappy partygoers’ complaints, but stayed firm in my decision.

We decided on barbequing a rainbow assortment of vegetables and veggie burgers. While the veggies turned out mouth wateringly delectable, the burgers not so much. As anyone familiar with cooking veggie burgers might have been able to tell me (I very rarely eat meat substitutes and never cook them myself), veggie burgers should just not go on the grill.

I tried not to listen to the crunching as people pretended that it tasted just like the real thing. I guess it was my grandpa who broke the tension when he finally shouted out:

We all laughed. My grandpa left and came back with a pack of hot dogs he threw on the grill himself. Everyone else was nice enough to crunch away on their cookie burgers.

But the party got me thinking. Becoming vegan has changed everything. Everything. It is not just about what I do or don’t eat. It’s a metamorphosis of vision. It’s like being born again, sans blinders. You see the world through the eyes of every creature, big and small, and it certainly is no party for them.

When a good friend described bringing her kids to tap the glass of Shamu’s jail at Sea World in San Diego recently it made me sick. When a neighbor invited us to his block party, which he advertised as offering an entire pig, apple in the mouth and all, we left the house early that day because I didn’t want to see all my neighbors I sincerely like walking into such an atrocity like it was nothing.

This big human party called civilization and progress we’ve been raging for the last 10,000 years give or take has been at the expense of all other life on this planet, and on the planet itself. But no one wants to admit the keg’s all but tapped and the music’s gone stale.

I picture a massive party ship, overloaded and sitting dangerously heavy in the water. As the water rises and threatens the lives of everyone, vegans start trying to lead by example. We stop partying and start repairing some of the damage wrought on the boat, hoping others will follow.

When that doesn’t work, we start trying to make some noise, and draw attention to the fact that the water is up to our ankles. That’s when we really start pooping on the party.

The planet is that boat. And someone somewhere came up with this crazy idea that each human should be given an area of the boat that they can do with whatever they like. It’s their property. And each human decides they want to start making holes in their area of the boat and there’s nothing any one can say because it’s their right to do what they want because they are human. It doesn’t matter that the holes will at some point sink the ship, taking everyone down with it, party poopers and all.

California’s sea lions are in crisis as thousands of starving babies are washing up on shore. Didn’t they get the memo that global fish stocks are close to collapse thanks to overfishing?

Leading water scientists are warning that there will be no way to feed or provide clean water to the 9 billion humans we expect to crowd onto our ship by 2050 unless we all stop eating animals.

Health experts the world over continue to warn us that our system of intense animal confinement and routine non-therapeutic antibiotic use on livestock is creating super pathogen Disneylands working hard to mutate into something both readily virulent and human friendly. It’s not a question of if, it’s a question of when.

Thanks to increased beef consumption, the very lungs of our planet – our rainforests – are being ripped apart to make room for more cattle.

And what can we blame for the largest single source of global warming emissions? Not those rich oil barons everyone loves to hate. It all comes back to global meat production.

Problem is, we’re all going down with this ship. And when, in the midst of all these clear and present dangers, the greatest debate being waged in supermarket checkout line headlines is whether Kim Kardashian is really pregnant or just getting fat, vegans are going to have to get a lot louder, and a lot more annoying.