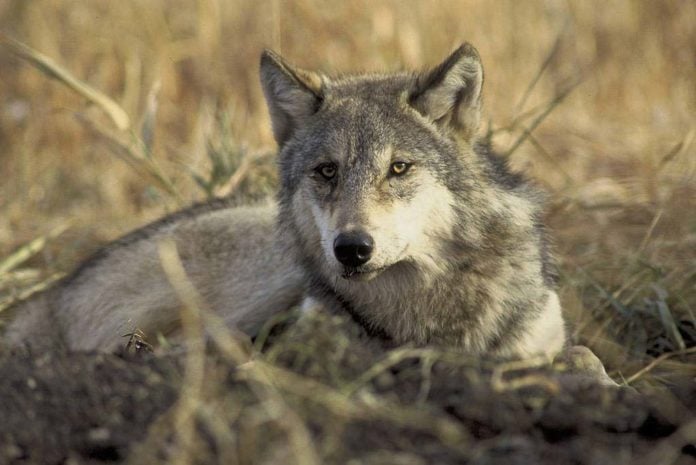 For the first time in 70 years, a wolf padded through the Grand Canyon.

A great explorer and adventurer, she travelled alone hundreds of miles from the Northern Rockies to a place wolves had called home long before any human beheld the area’s mesmerizing beauty.

She was dubbed Echo, because, according to the 10-year-old who won a contest to name the wolf, “she came back to the Grand Canyon like an echo does.”

But it didn’t take long for a hunter, who wildlife officials refuse to name, to kill the three-year old, radio-collared symbol of wild America.

Despite the massacre that has ensued since the Obama administration removed gray wolves from Endangered Species Act (ESA) protection in 2011 in the Northern Rockies, where 3,480 wolves have been killed for “sport” and many hundreds more executed by state wildlife agencies for alleged crimes against livestock, Echo made it through the war zone and into an area in Utah where she should have been safe from hunters.

The gray wolf hasn’t been found in Utah since the 1940s when hunters finished their eradication program. However, they are still protected in the state under the ESA, which makes it illegal to kill wolves without a permit.

But there’s an easy out in the Department of Justice’s unofficial “McKittrick policy” which has allowed almost every known example of killing of an endangered species to go unprosecuted if the hunter has claimed it was a case of mistaken identity.

And that’s just what this hunter, whose trigger finger ended Echo’s epic, has claimed. The hunter, he says, was out killing coyotes when he shot and killed Echo, claiming he mistook her for a coyote.

Under the McKittrick policy no charges will be brought against him.

All of these animals lost to trigger-happy hunters represent millions of tax payer dollars wasted after figuring in the cost of radio collars, reintroduction and management.

But how can we put a price on losing a species that has persisted for millions of years only to succumb to our outdated conquest of wild America?

In 2013 environmental groups WildEarth Guardians and the New Mexico Wilderness Alliance filed a lawsuit against the Justice Department regarding the McKittrick policy that is still pending.

In an interview with the Los Angeles Times, Wendy Keefover of WildEarth Guardians likens the policy to “district attorneys rescinding speeding tickets issued by traffic cops when the speeder claims he or she believed the legal speed limit was greater than what was posted, and that he or she had no intention to break the law.”

As a nation claiming to long for peace, it seems counterproductive to coddle and foster the love of killing as we do when it comes to hunting. Even cases of human-on-human violence during hunting often cite the golden excuse of mistaken identity.

Like most countries, the story of our nation is a recipe of right and wrong that brought us to where we are today. The test of our evolution is whether we are able to be critical of what we’ve done wrong and learn from our mistakes. 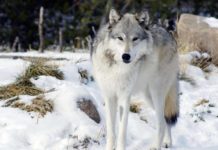 After 70 Years, Wolves Have Been Reintroduced at Yellowstone National Park – and the Results are Amazing!

After 70 Years, Wolves Have Been Reintroduced at Yellowstone National Park...