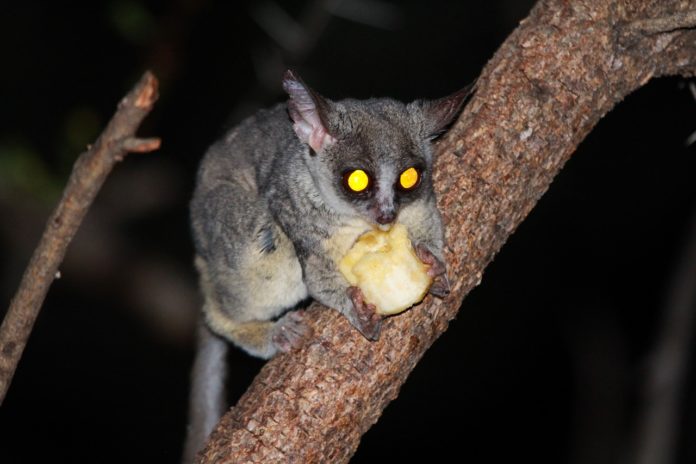 When mammals began roaming the Earth 100s of millions of years ago, they frequently scoured the land under cover of darkness.

This was to avoid a group of reptiles, which dominated planet Earth during this time.

They were called the dinosaurs, and mammals frequently stayed clear of them during daylight hours to avoid competing for similar food, fighting for the same territory or worse, being eaten.

It wasn’t until 66 million years ago, after the mass extinction of the dinosaurs, that mammals more commonly began to go about their business during daylight hours.

However, according to research, modern-day mammals everywhere have been adopting a more nocturnal living pattern again today, due to a new predator that now dominates the landscape: humans.

A meta-study, conducted across 6 continents and including a total of 62 land mammals, found that species everywhere are more likely to act nocturnally in areas that have been disturbed by humans.

More surprisingly, the study indicated that alternations in animal behavior are not just triggered by the hunting of animals from humans but by none threatening behaviors as well, such as hiking, mountain biking or agricultural practices.

Although many people mean no harm towards animals our presence itself can be disturbing due to our overbearing size, noisiness, and unpredictability.

Unfortunately, as humans continue to over consume and destroy natural habitats, land animals frequently have no choice but to live close by, and this is a likely cause of their increasing nocturnal behavior.

This can put a strain on some species, particularly if they are not adjusted to finding food without the guidance of sunlight.

An example of an animal that has been forced to adapt, are sun bears. In natural habitats, these animals conduct most of their activities (over 80%) during daylight hours.

However, in areas where human activities have interfered, such as in Sumatra forest, sun bears are now 95% nocturnal.

Luckily as mammals have evolved under extremely diverse conditions, they have become efficient at adjusting to new environments, and in some instances, they may, in fact, thrive due to human changes.

An example of this can be seen in Nepal, where humans have carved pathways through forests.

Although they avoid them during the day, tigers have access to these man-made pathways, which allows them to easily travel to different parts of the forest during the night.

But, regardless of the effects on individual species, increasing levels of forced coexistence between humans and mammals are likely to affect ecosystems, and can completely alter food chains.

This has occurred in the Santa Cruz mountains in California, where coyotes are becoming more nocturnal and as a result are hunting nocturnal prey, such as rats and rabbits instead of diurnal creatures like squirrels and birds.

Overall research has found that the impacts of human disturbances on different species do vary, but as an average, animals are likely to spend 1.36 more time being nocturnally active when people are near.

Given that humans are now taking up so much landmass, it seems that animals are adjusting their approach, and are now avoiding us in time, rather than in space.

The meta-study suggested that we need to improve conservation policies, to provide animals with more freedom to roam and to save wildlife.