Greener IdealHelping you live sustainably
More
Home News Energy The Dark Side of Biofuels: How Ethanol Production May Kill 200,000 People...

Although many people have been touting biofuels, and ethanol in particular, as a great replacement for fossil fuels, and being a great fuel source to help our environment, new information released by the World Bank and the World Heath Organization (WHO) shows the production of biofuels could be killing 200,000 people per year.

By diverting corn from people to vehicles, the production of biofuels is taking a toll on starving nations in the third world. Areas that are already susceptible to hunger, famine, and death only suffer more when food becomes scarce, and the cost of sourcing it increases. Unfortunately, this is exactly what happens when we begin trucking away corn to fuel our vehicles rather than feed hungry people.

This is a difficult question, and one that the World Bank and WHO now have to answer. While death caused by global warming is very indirect, death and famine from hunger and starvation are a sad reality that is already far too prevalent in our world. If we continue biofuel production, are we wilingly turning a blind eye to disaster overseas?

Watch the video below to see first-hand how ethanol production is having an enormous negative impact on the environment and community of southern Ecuador.

What do you think about Biofuel production?

Does this new information change your opinion on biofuels, and ethanol in particular? Let us know in the comments.

Related:   Biofuels: The Solution To Energy Crisis And Global Warming, Or Part Of The Problem? 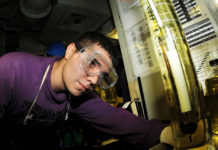 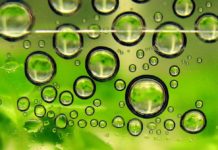 Biofuels: The Solution To Energy Crisis And Global Warming, Or Part Of The Problem?