A brand new product from PepsiCo is going to change the way we look at drinking from a plastic bottle. The food and beverage manufacturer will soon be packaging their drinks in a petroleum-free, 100% recyclable plastic bottle made from 100% sustainable resources like switch grass, pine bark, and corn husks.

It may sound like something from a futuristic sci-fi movie, but Pepsi isn’t kidding around. Beginning in 2012, the beverage company is going to be producing bottles that look, feel, and act like traditional plastic PET bottles, but without using any petroleum. Instead, the molecules will be created from natural and renewable plant-based resources.

By cutting out the use of petroleum, Pepsi is greatly reducing its carbon footprint. If Pepsi were to roll the new bottles out across all of its sub-brands, including drinks like Aquafina, Gatorade, and Naked Juice, the positive impact that Pepsi would have on the environment would be even more significant.

Setting an example for the beverage industry

Coca-Cola is going to have a lot of catching up to do after this announcement. The technology that Pepsi is going to be putting in place for its new green plastic bottles surpasses anything currently on the market. And according to them, their ability to source the renewable plant-based resources to make the new eco-friendly plastic is quite unique.

We will be sure to update once these start hitting the shelves, but a look forward to the end of endless plastic bottle production, thanks to Pepsi. 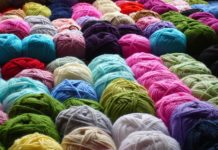 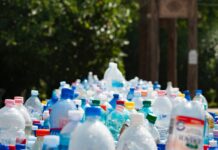 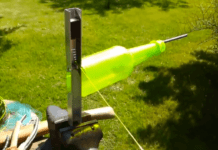 How to make durable plastic twine with old plastic bottles 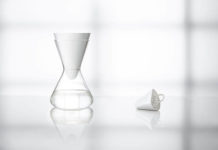 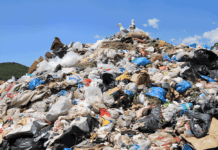 The Problem with Plastic – How Drinks Bottles are Choking the Ocean

The Problem with Plastic – How Drinks Bottles are Choking the...

How to make durable plastic twine with old plastic bottles