Back in March we let you know about the 2nd annual competition The Greenest School in America. At the time 10 finalist had been selected and it was up to you to choose your winner. Nearly 1 million of you voted on which school should win and now that all the votes have been tallied the winner is…

South Shore’s entry, titled “Green!” , a mock TV newscast and tour of green initiatives around their school helped them win the school a new hybrid school bus from IC Bus that helps reduce the school’s carbon footprint. The hybrid school bus, worth $200,000, is up to 65 percent more fuel efficient than standard school buses and emits up to a third less greenhouse gas emissions.

In addition to the hybrid school bus, the class also wins:

Teacher Sarah Roberts’ class enlisted the help of some of the older students to produce a video entry that showcased South Shore’s top environmental efforts. The two-minute, 30-second video includes reports from around the school on environmental initiatives such as a vegetable oil-fueled van, recycling stations, composting area and their Waste Watchers program that features teams of students who help cut excess energy use.

“Today’s students are making environmental responsibility even more of a priority over previous generations,” said John McKinney, President of IC Bus. “The commitment to going green was evident in this year’s entries. It was clear that South Shore Charter Public School used its creativity to get its message across — and America made a great choice in selecting the school as the winner.”

Canada’s Greenest School: This is where your vote counts!

For the first time ever, Canadians will be able to vote for the school that shows the most commitment and creativity to going green as part of the inaugural search for Canada’s Greenest School. Ten finalists have been selected from a pool of over 100 entries and about 275 student participants nationwide that tout how their schools are committed to being environmentally friendly.

“It’s our first year holding this contest in Canada, and these young students have truly set a new standard in terms of thoughtful, creative entries and I am thrilled to recognize them for their efforts” said Dena Leuchter, integrated marketing communications manager for IC Bus and a contest judge. “I was personally quite touched by the effort that has gone into these submissions. There is no doubt in my mind that environmentalism matters for this young generation. It’s exciting to see so many young Canadians collaborating and sharing ideas.” (IC Bus is headquartered in Warrenville, IL and is Canada’s largest supplier of school buses.)

Though this is the first year in Canada for this competition, it all started in the United States. The Greenest School in America saw its second year in 2010. In 2009, 760 schools entered the contest in the U.S., where applicants were asked to submit a 500 word essay describing what makes their school “green.” The 2009 winner of the U.S. contest was Irvington High School who reduced their energy consumption by 33% since 2006 and takes part in a food scrap recycling program. 2010 saw an increase in the entries for the American contest where the call for entries was from January 18th to March 8, with 1,600 students participating. The winner for the Greenest School in America was just announced on April 27th! Click here to read about them.

The winning school will receive a hybrid school bus from IC Bus, the nation’s largest school bus manufacturer. Each hybrid school bus can increase the fuel efficiency of standard school buses by up to 65 percent and reduce greenhouse gas emissions by up to 40 percent. The hybrid bus has an estimated retail value of $200,000. The school will also receive a green audit from a LEED Accredited Professional. The student or students who submitted the winning entry will win or share $3,000 toward their education, and their teacher may receive $500 in eco-friendly school supplies.

Winning a bus for a school is a HUGE asset for that school and the community the school supports.

Entries were judged on creativity and how well they embraced the spirit of their school’s commitment to the environment. The ten finalist entries include newsletters, videos, poems and essays.

Between now and May 5, 2010, Canadians can visit canadasgreenestschool.ca to view entries from the ten finalists and vote for their favorite. 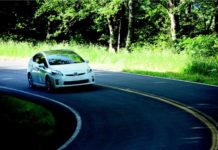 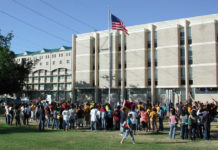 State Of Our Schools: Barriers To Going Green 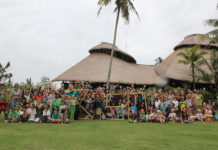 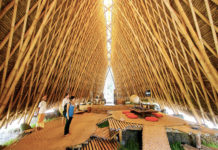 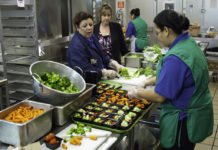 Not too cool for school: First all-vegetarian public school gets it right

5 Ways To Make Your School Greener