Drive down almost any road in rural British Columbia, and you will eventually see them: Huge trucks laden with logs, looming ahead of you, or in your rear-view mirror. Glance up to the mountainside above the roads, and you’ll see giant squares carved out of the forests, like some sort of titan’s chess game. Theses are sections of clear-cut trees, and this is logging country. Similar stories play out all over Canada, Indonesia, and Brazil.

After timber for construction, pulp production is the most common use of forest products, consuming 90 million cubic metres of wood a year, producing 23 million tons of pulp and paper products. Hemp produces four times as much fibre per hectare as wood, and does so in a sustainable way.

There are many barriers to the industrial-scale production of hemp, which would be required to replace tree pulp, but the benefits would be great.

One of the biggest barriers is public perception of the plant itself, as industrial hemp is a close relative of marijuana, the primary difference being the very low concentration of the psychoactive chemical THC in industrial hemp. Even at that, though, hemp was banned from cultivation in Canada until 1998, and even now production and disposal are tightly controlled. A license is required to grow industrial hemp, growers must submit to a criminal records check, and the precise GPS coordinate of a field must be registered and on file. Not only that, but seeds must be sterilized and any cultivation residue, especially seeds, flowers, and leaves, has to be cleaned up properly. Given these barriers to cultivation, why would anyone bother?

Related:
A Glimpse into the Future – The Developing World

The key here is sustainability. Hemp can be planted as a crop, like wheat or canola, and harvested year after year following proper crop rotation. Boreal forests, on the other hand, take 50-100 years to regrow. With hemp producing 4 times the amount of fibre for a given area as wood, industry could stop using trees for paper almost entirely.

Cultivated hemp has many positive qualities aside from its fibre production. Material from the hemp plant can be used for food, vegetable oil, biofuels, for animal bedding, for concrete production, cloth, and even construction material in the form of medium density fibre board (MDF). Hemp plants, because they are fast growing and tightly planted, crowd out and kill off weeds, negating the need for herbicide treatment. While they are susceptible to disease and parasites, these afflictions usually don’t affect pulp production, and if a field is rotated every year, parasite problems will be reduced over time.

There is another advantage to rotating the crops. While hemp plants do require fertilizer, they leave behind nearly half of their mass, which can go on to provide nutrients for the next crop rotated in. The soil is loose, thanks to the plant’s root network and deep taproot, and the soil will initially be weed-free, at least until wind-blown seeds take root.

At the current time, however, hemp fibre is roughly 6 times more expensive than fibre from trees. Since hemp can only be harvested once a year, there are storage costs, as pulp and paper demand and production continues year–round. Stored fibre requires largely manual handling, which also increases costs. Harvesting methods are antiquated, and haven’t seen any update since before the 1950s, when hemp was originally outlawed.

Related:
The Weirdest Sources Of Biofuel

If the costs could be brought down, hemp would become an attractive and economic source of fibre for pulp and paper, along with other industries. It is a sustainable product, and could go a long way towards preserving Canada’s and the world’s, surviving wild forests. 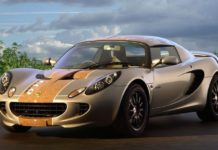 The World’s Most Eco-Friendly Car: Made From Hemp!