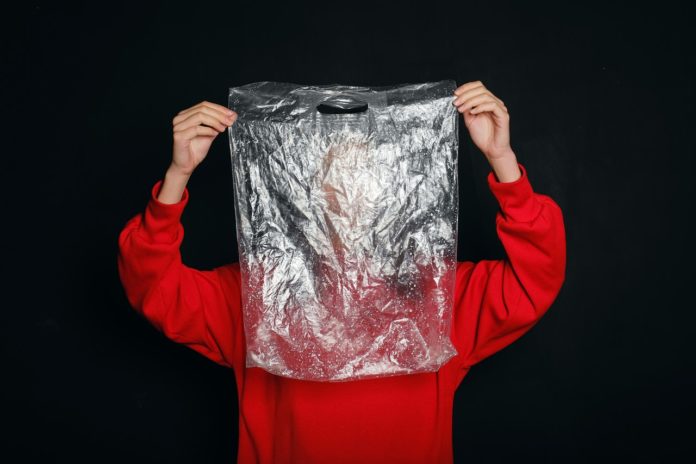 Plastic bags are the scourge of the modern world. We look at them from three angles: why reusable canvas isn’t so cut-and-dry, some biodegradable bags that might serve as a solution, and the plastic bag problem that has enveloped one of the world’s most famous rivers.

Plastic bags are everywhere. They’re ubiquitous, easy to manufacture, and impossible to recycle. You, me, and everyone we know have certainly gone through thousands in our lives, and if we multiply that by the amount of people in our respective countries, the numbers are staggering. You’ve probably heard a few things about plastic bags, but read on: we guarantee you’ll learn something new here.

Many have heard about the various plastic bag bans enacted over the last several years, most of which have been hailed successful. Ireland did it way back in 2003, and many European countries now force grocery stores and other shops to levy a surcharge if a bag is required.

We’ve even written here on the site about plastic bag usage, and how it’s gone down 26% in the last two years, according to some estimates. Stuff to feel good about, sure.

But recently, some sobering pieces of journalism have come along that remind us just what a blight plastic bags are on our natural (and urban) environment.

Before I get to the gloom and doom, which also extends to the extremely-popular canvas tote bag usually hyped as a green replacement for plastic, let me alleviate things with a touch of good news and design first: take a look at 60Bag.com. Manufactured in Poland, these bags are completely biodegradable, and the reason behind their name is the fact that they start to decompose around 60 days, which means they don’t need to sit in a landfill or be recycled. From the website:

60BAGs are the perfect natural answer to the environment’s needs. They are biodegradable carrier bags made our of flax-viscose non-woven fabric. Its material was scientifically developed and manufactured in Poland. The flax-Viscose fabric is produced with flax fiber industrial waste, which means it doesn’t exploit any natural resources and requires minimal energy during its production. This highly innovative technology enables the bags to naturally decompose approximately 60 days after being discarded, which means they don’t require expensive recycling or disposal in landfills.60BAGs a breakthrough advance over the so-called “green bags” produced with polypropylene material, as well as the thick plastic bags given away by most clothing retailers. 60BAG is a great commercial opportunity for the companies committed to supporting an eco-friendly lifestyle.

You might say it’d make more sense to simply use a reuseable canvas bag, except the 60BAG people are recycling products already destined for the waste heap, and are marketing their bags towards (as they state above) ‘most clothing retailers’, who like to give their customers strong, sturdy bags for their new purchases. While it’d be nice to live in a world where everyone carried one single canvas bag for all his/her purchases, ever, it’s not going to happen overnight, so initiatives like these are important steps.

Speaking of canvas bags: the great Design Observer just featured a wonderful article on them, which punctures a lot of the easily-swallowed myths surrounding the products themselves, and explains (in great detail) a kind of flaw in the idea behind the product itself.

While there’s nothing wrong with a reusable canvas bag per se, the universal good intentions surrounding their creation often run up with the less environmentally-inclined forces of the larger world market. The article also highlights how popular the bags are among designers, who have embraced the easy-to-design canvas as an alternate version of the t-shirt. Take a look:

But the primary reason that designers in both fields have embraced canvas totes so quickly and nearly universally is their compelling social benefits. Not only is canvas a renewable resource, but the bags are biodegradable and sturdy enough to stand up to years of use. Reusing canvas bags could reduce the number of plastic bags that are used and discarded every year. According to Vincent Cobb, founder of reusablebags.com, somewhere between 500 billion and a trillion plastic bags are consumed worldwide each year.

That’s all well and good, except….

The environmental promise of reusable bags becomes pretty dubious when there are closets and drawers full of them in every home. This contradiction can largely be traced back to the influence of graphic design. Once this gorgeous flat surface presented itself, it quickly became simply a substrate for messaging, branding, promotion, etc. Judging by the cost, producing one tote is roughly equivalent to producing 400 plastic bags. That’s fine if you actually use the tote 400 times, but what if you just end up with 40 totes in your closet? Once the emphasis shifts from reusing a bag to having a bag that reflects your status or personality, the environmental goal starts drifting out of sight.

So, in one specifically objective way, canvas bags are much better than totes, but in another, having 40 canvas totes in your closet—and only ever using one of them—defeats the purpose. We highly recommend reading the entire article; it’s wonderfully done and raises several issues that aren’t resolvable in black-and-white terms.

Finally, an telling example from Italy shows us how plastic bags don’t just fill up landfills and blow around city streets: they can literally transform the natural landscape of one of the world’s most famously picturesque cities: Rome.

Back in December, Rome received the equivalent of one month’s rain in a single night, and over the course of a 30-day period, an equivalent of 6 months’ rain. The deluge lead to several floods, most notably the famous Tiber river that runs through the city.

Since this river starts up in Emilia-Romagna (near Bologna), it has plenty of time to wind its way down through the Italian countryside, collecting whatever garbage might be thrown into it before it makes it way out to Ostia and the Tirrenean Sea, eventually reaching the oceans.

Back in the late 1800s, Rome built its city upwards to avoid the constant flooding of the Tiber that would cripple the city. It means that today’s Tiber has steep, steep banks, and pedestrian paths down below. The flood never broke these banks in the very center of Rome, but it did envelop all the trees along the river.

No sooner had the Romans breathed a sigh of relief as the floodwaters receded, than they uttered a collective “ugh” at the site of tens of thousands of plastic bags stuck in the trees. The flooded river had carried them from dozens of different communities, and where the river had broken its banks, it had served as a kind of vaccuum, pulling garbage that was stuffed away in hidden, dry places into the flow of water, and depositing it in the open air, in the center of Rome, for all to see.

The cost in cleaning up these plastic bags is steep: it’s going to take several teams many weeks to clear out every tree, and it’s questionable as to whether the city is actually going to do it, or just hope the leaves grow in and sweep the problem under the rug. But the aesthetic problems are only one aspect of the bigger issue, which is the awareness of the unbelievable amount of plastic bags simply ‘floating around’ our environment these days.

You can see more photos of the post-flood Tiber right here, or take a look at this eye-opening documentary below, called Il Fiume di Plastica (The River of Plastic) by Massimiliano Sbrolla.