If you’re a Canadian TV watcher, then you already recognize the person in the picture to the left. If you’re not familiar with him, it’s your loss. That’s George Stroumboulopoulos, host of CBC’s The Hour – a nightly talk show that revolves around current events and pop culture. For this season, George and The Hour have decided to launch a nationwide campaign that revolves around a website called One Million Acts of Green.

The site is meant to encourage and track all of the efforts of the Canadian public to become more environmentally responsible. Whether the act is really small like switching to CFL light bulbs, or as big as building a green roof, you can track your act of green online and see the immediate impact through an up-to-date green calculator.

The site doesn’t launch until tomorrow (Tuesday, October 21st), so some of its features are still unknown, but check back here later in the week to see a full review of OMAoG. Also make sure to tune into The Hour this week to see exactly what you can do to contribute to their one million acts. Also, if you’re unfamiliar with the show, check the replies to see some highlights from past weeks. 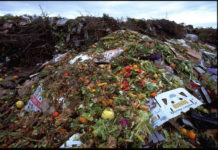